Red Bay, established by Basque mariners in the 16th century at the north-eastern tip of Canada on the shore of the Strait of Belle Isle is an archaeological site that provides the earliest, most complete and best preserved testimony of the European whaling tradition. Gran Baya, as it was called by those who founded the station in 1530s, was used as a base for coastal hunting, butchering, rendering of whale fat by heading to produce oil and storage. It became a major source of whale oil which was shipped to Europe where it was used for lighting. The site, which was used in the summer months, includes remains of rendering ovens, cooperages, wharves, temporary living quarters and a cemetery, together with underwater remains of vessels and whale bone deposits. The station was used for some 70 years, before the local whale population was depleted. 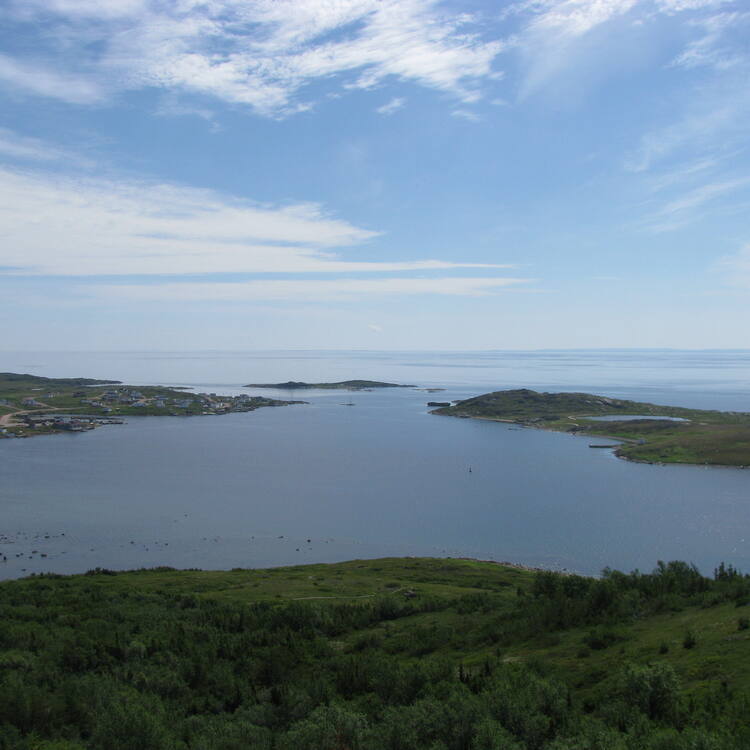 Situated in Labrador, in north-eastern Canada, on the shores of the Strait of Belle Isle, Red Bay was an Arctic maritime base for Basque mariners in the 16th century. It is the earliest, most comprehensive and best preserved archaeological testimony of a pre-industrial whaling station. It was used for coastal whale hunting in the summer, the butchery of the whales, and the rendering of the oil and its storage. The whale oil was sold in Europe primarily for lighting purposes. The property includes the remains of rendering ovens, cooperages, a wharf, living quarters and a cemetery, together with the underwater wrecks of vessels and whale bone deposits.

Criterion (iii): Red Bay Basque Whaling Station is an outstanding example of the tradition of whale hunting established by the Basques in the 16th century for the production of oil which was transported for sale in Europe. In terms of the diversity of its archaeological remains, this is the most extensive, best preserved and most comprehensive whaling station of this type.

The property includes all the terrestrial and underwater elements that illustrate all the major phases of the whale hunting process. The various attributes of the property are generally well preserved, and their relationships with the land remain engraved on and visible in the landscape. They therefore satisfactorily express the Outstanding Universal Value of the property; however, as visibility of the remains is limited, a policy of active and thorough interpretation is necessary. The knowledge of the socio-technical system involved is sufficient to allow full interpretation of the ensemble of preserved remains at Red Bay.

The various attributes of the property are of unquestionable authenticity, as is the general landscape around the present-day village of Red Bay. However, the authenticity perceived by the visitor remains limited to an impression of the landscape, as the tangible attributes have been reburied, which is however justified in view of the need for conservation. The Visitor Interpretation Centre is essential to enable an understanding of the site and its authenticity.

Red Bay was listed as a National Historic Site of Canada in 1979. The property management and protection plan has been in place for a long time; it is effective, and the responsibilities of each of the players are clearly identified. The Management Committee was set up at the end of the preparation of the nomination dossier, between the four institutional property management partners. The Management Plan for Red Bay, the National Historic Site of Canada is designed to be used in conjunction with the Management Plan for the Red Bay Whaling Station, which brings together all the partners involved in the management of the property. At present, the protection of the property – following an intensive phase of archaeological research from the 1970s to the 1990s - is ensured by the permanent covering and reburying of both terrestrial and underwater remains. Current management thus consists of monitoring the state of conservation and developing structures for visitor interpretation and reception.