ref: 2413
Survey of the Condition of the Marine Ecosystem within the East Rennell World Heritage Area 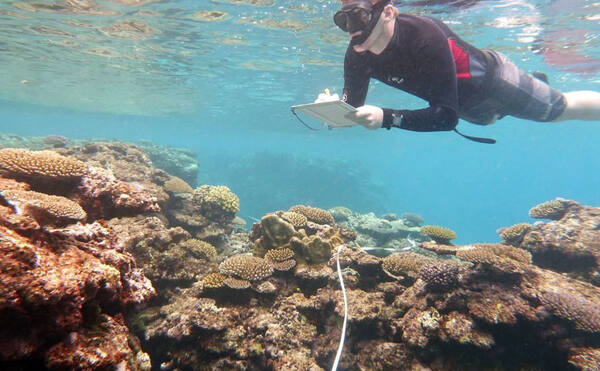 East Rennell, the southernmost island in the Solomon Island group in the western Pacific and the largest raised coral atoll in the world, was inscribed on the World Heritage List in 1998.

Despite the importance of the marine ecosystems of East Rennell, no scientific assessment of these had been carried out. As the Lake Tegano World Heritage Site Association (LTWHSA) committee worked towards a full implementation of the resource management plan, it was important to provide it with the most up-to-date information.

This project aimed to:

In December 2012, surveys of marine invertebrates, benthic habitats and fish were conducted by national and international experts at 11 sites at Rennell Island: 5 sites were within the East Rennell World Heritage area (ERWHA ) and 6 within Kagava Bay and West Rennell.

The marine ecosystems of Rennell Island were found in very good condition by global and regional standards. The majority of the island and ERWHA experienced very low fishing pressure. This low fishing pressure allowed for an abundant herbivorous fish; this, together with high water quality, maintained the coral reef ecosystem in a healthy state. The fringing reefs were characterized by high coral cover, high coral recruitment potential and limited occurrence of bleaching and disease. Fish diversity and abundance was similarly high at all sites and had not reduced significantly since surveys conducted in 1994. Marine invertebrate populations on Rennell Island were diverse yet many commercial species were in low abundance, which might indicate past local high exploitation pressure. Overall, limited environmental management was required of the marine ecosystems of the ERWHA.

The biggest threat to these ecosystems however would be the increase in commercial and artisanal fishing activities. The experts strongly recommended the ERWHA management authority and local communities consider restricting night spearfishing within the ERWHA to account for this future threat.