From World Heritage to Local Heritage: protecting and managing change 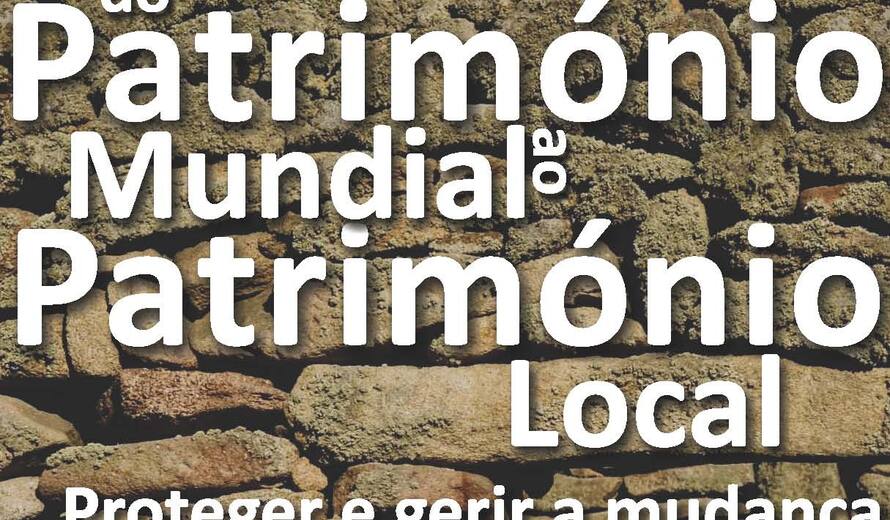 The Meeting “From World Heritage to Local Heritage: protecting and managing change” jointly organized by IGESPAR and ICOMOS Portugal with the support of the National Museum of Ethnology and the Portuguese National Commission for UNESCO, is promoted to commemorate the International Day for Monuments and Sites on 18 April 2012.

The International Day for Monuments and Sites is meant to raise citizens’ awareness to heritage diversity and vulnerability, as well as to disseminate the efforts made in heritage protection and enhancement. It celebrates both national heritage and solidarity for World Heritage.

This meeting aims at celebrating the 40th anniversary of UNESCO’s Convention concerning the Protection of the World Cultural and Natural Heritage, in the framework of which the World Heritage List was established. It reflects current concerns over two levels of heritage, World Heritage and Local Heritage, which are inseparable and interconnected regarding issues like knowledge, safeguarding and enhancement.

The meeting’s main objectives are to discuss perspectives and visions for the future of World Heritage, and to reflect upon the complex challenge posed to safeguarding and managing Heritage in a time of economic and cultural globalization, profound social transformations and change in paradigms.