First steps towards a management plan for Tchitundo-Hulu Rock Art 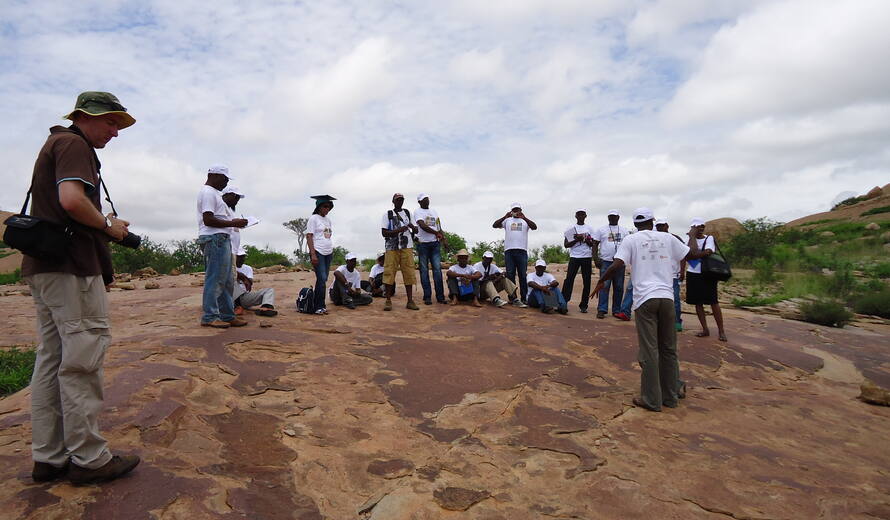 From 14 to 23 March 2011, an international workshop, Preparation of the Management Plan of Tchitundo-Hulu Rock Art Site, was held in Virei, Angola. The 10-day on-site training session brought together more than 50 national and international site managers and experts from Angola, Cape Verde, Equatorial Guinea, Kenya, Mozambique, São Tomé and Príncipe and South Africa, and was conducted in Portuguese language. The Workshop's purpose was to offer a comprehensive training for site managers and to establish the preliminary steps for the preparation of the management plan of the rock art area, Tchitundo-Hulu, in Angola.

The Workshop was organized by the African World Heritage Fund, in cooperation with the World Heritage Centre of UNESCO, the Spanish Funds-in-Trust, the Angolan Ministry of Culture, Namibe Provincial Government, the Spanish Agency for International Development Cooperation (AECID) Office in Luanda, the University of the Witwatersrand (South Africa), the Trust for African Rock Art and the Advisory Bodies.