Culture and Heritage in Danger: Education as a force for resistance 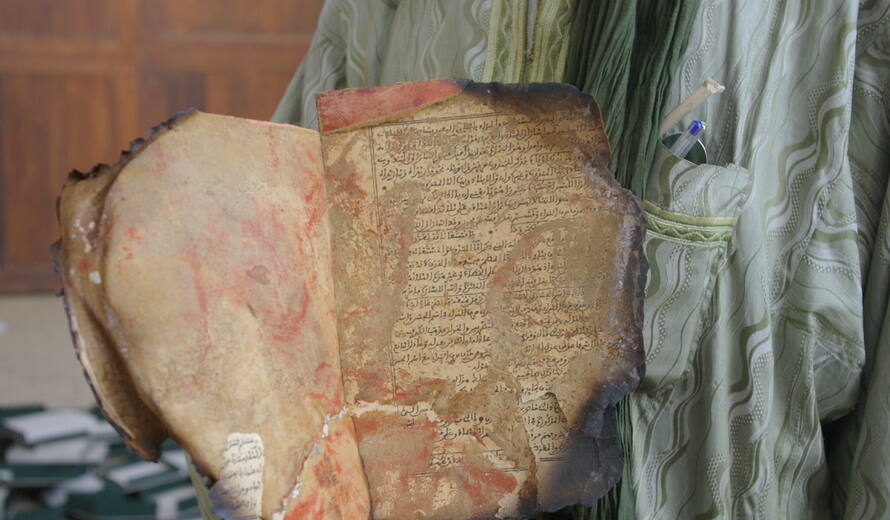 SHOWING OF THE DOCUMENTARY « ON THE TRAIL OF TIMBUKTU’s MANUSCRIPTS » and ROUND TABLE Wednesday 15 September 2015 3pm, UNESCO Paris (Room I) © UNESCO_Abdoulkadri Maiga / Abdoulkadri Maiga

Showing of the documentary, « On the trail of Timbuktu's Manuscripts » and Round table. Tuesday, 15 September 2015 at 3pm, UNESCO Paris (Room I).

A part of humanity’s cultural heritage, exhibitions of art, ancient manuscripts, and places of important memories were vandalized in Tunisia, Iraq and Syria. These losses of cultural assets during times of crisis deprive a nation’s memories, testimonies and materials of the past, but also a precious resource for the nation’s social and economic well-being.

More than ever, it is essential to protect the testimonies, heritage, source of identity and the history and traditions of our culture and those of other populations. How do we protect, preserve, and perpetuate the transmission of this heritage? In what way does education play the best role? This discussion is the focus of the event « Culture and Heritage in Danger: Education as a force for resistance ». The event is created as a space in which to exchange ideas.

« On The Trail of Timbuktu’s Manuscripts », A documentary from Jean Crépu
2014, 52‘, orginal version in French | produced by Ladybirds Films and the National Library of France

In 2012, during the occupation of northern Mali by armed extremists, the incredible rescue of Timbuktu’s ancient manuscripts made headlines and became a symbol for the entire world. This film tells the extraordinary saga of the Malians who risked their lives to save this heritage from the threat of armed groups, and recounts the story of these precious texts in exile.

« Culture and Heritage in Danger: Education as a Force for Resistance », facilitated by Meta Tshiteya, director, producer and author of documentaries at France Culture, in the presence of Director Jean Crépu.