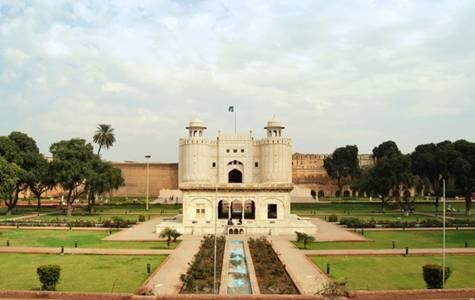 Technical assistance for the valorisation of the Fort and Shalamar Gardens in Lahore, Pakistan

The Fort and Shalamar Gardens in Lahore, Pakistan, have been inscribed on the World Heritage List since 1981. The inscribed property includes two distinct royal complexes, the Lahore Fort and the Shalimar Gardens, both located in the City of Lahore, at a distance of 7 km from each other.

At the beginning of the 21st century, there was concern over the complete loss of two of the three hydraulic works and the partial demolition of the third hydraulic work. It was recognised that the property was threatened by serious and specific danger requiring major operations to ensure the protection of these essential components of the historic monumental and garden complex within the property.

Thus, in November 2000, the Pakistan authorities requested the World Heritage Committee inscribe the property Fort and Shalamar Gardens in Lahore on the List of World Heritage in Danger. Through this inscription, the State Party expressed its hope to increase public awareness both nationally and internationally on the importance of preserving this exceptional Mughal site which continues to be a living site.

Subsequently, as a corrective measure, public circulation patterns were revised in the gardens, and they were improved as a public green space, in the context of an urban development project to enhance the value of the surrounding environment.

In 2001 the World Heritage Centre, within the framework of the France-UNESCO Cooperation Agreement, provided technical assistance and undertook feasibility studies to establish decentralised cooperation between the City of Nancy, France and Lahore, Pakistan. This cooperation intended to develop urban planning tools and management mechanisms as well as to design a project to be submitted to the European Union Asia Urbs Programme, which aimed at fostering decentralised city to city cooperation between Europe and Asia.