On 1 April 2016, the State Party submitted a report on the state of conservation of the property, which is available at https://whc.unesco.org/en/list/171/documents/. The Heritage Impact Assessment (HIA) of Lahore Orange Line Metro Train Project was submitted on 8 April 2016.

It is noted with appreciation that the State Party has continued to address the conservation of the property and has taken steps to revise the conservation plan. While the authorities are addressing the need for adequate training by revitalizing the PIATR, no further details as to its organigram and timeline for its establishment have been provided.

It is however regrettable that despite repeated requests by the Committee and the recommendations of past Reactive Monitoring missions, the State Party has not yet formally established an enlarged buffer zone in order to adequately manage and effectively control encroachments and urban development at the property. This is a crucial step, especially in light of the current development proposal for the Orange Line Metro. The present buffer zone arrangements clearly lack formal recognition and can therefore be considered as ineffective. While the Antiquities Act 1975 restricts all constructions within a distance of 200 feet of a protected site, constructions on Government Land require special permission. The proposed metro line lies within the 200-feet protective zone and has unfortunately been endorsed by the Government of Punjab and the DOA.

The ambiguity of control mechanisms and the lack of effective protection is evident in the fact that the proposed location of the Orange Line Metro will pass only 12 m away from the Shalamar Gardens’ entrance and immediately above the remaining water tanks of the Shalamar hydraulic works. This particular site and the demolished hydraulic works were a recurring cause for concern and one of the reasons for the inscription of the property on the List of World Heritage in Danger between 2000 and 2012. Moreover, the Committee specifically requested that the location of the remaining hydraulic works be adequately presented and protected.

While the crucial need for a public transport and its overall benefit to the population and the environment are acknowledged, the actual location of the elevated viaduct girders would certainly impact negatively the Outstanding Universal Value (OUV) of the property. The HIA unfortunately does not recognize the importance of the buffer zone and interpret the lack of control mechanisms and the occurring encroachments as a validation for the location of the metro line. Therefore, it is recommended that the Committee object to the currently proposed location of the Orange Line, which potentially threatens the integrity and authenticity of the World Heritage property. It is also recommended that the Committee urge the State Party to immediately suspend any further work within the section of the Shalamar Gardens and, as a matter of utmost urgency, identify an alternative location beyond the buffer zone for this specific section of the Orange Line Metro.

The ongoing development project, along with the insufficient ability to monitor and control urban encroachment within and in the vicinity of the property and to control the actions of other agencies threaten the OUV of the property, notably its integrity and authenticity. Therefore, it is recommended that the Committee consider the inscription of the property on the List of World Heritage in Danger, should the current project continue and the remaining water tanks of the hydraulic works be damaged.

Furthermore, the State Party should be reminded of its obligation to submit to the World Heritage Centre, in conformity with Paragraph 172 of the Operational Guidelines, technical details, including Heritage Impact Assessments, for all projects that may affect the OUV of the property before making any decisions that would be difficult to reverse, so that the Committee may assist in seeking appropriate solutions to ensure that the OUV of the property is fully preserved. Finally, it is recommended that the Committee request the State Party to invite a Reactive Monitoring mission to the property to discuss alternative solutions for the metro line with the relevant Government authorities and review the management and protection arrangements for the property. 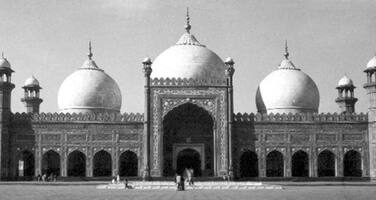