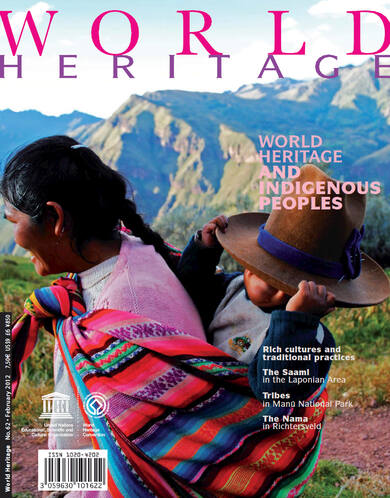 For historical, cultural and practical reasons this is a complex and sensitive matter, but the very fact that it has become a focus of attention holds great promise for the future. Forty years ago, framers of the UNESCO World Heritage Convention sensed the need to grant formal protection to the most exceptional cultural and natural sites, including those that appeared threatened by the swift and far-reaching transformations through which the world was then (and still is) going.

The rich cultures and traditional practices of indigenous peoples and the issues they face in today’s world relate to many spheres, including economic development, the environment and human rights.

The Laponian Area
A new spirit of consensus

In autumn 2011, a new organization, with Saami majority, was established. The organization developed a common and participatory management in the protected areas of Laponian World Heritage.

Since the creation of the Peruvian Service of Natural Protected Areas, Manú National Park has grown in a sustainable manner with financial and human resources but faces insufficient protection for isolated tribes.

The Nama in Richtersveld Cultural and Botanical Landscape

Transhumance pastoralism, practiced by the Nama people to this day, has shaped the landscape of Richtersveld.

World Heritage and indigenous peoples: the evolution of an important relationship

The relationship between indigenous peoples and heritage places, between aboriginal peoples and their cultural and natural environment, is an important issue.

Traditional knowledge, the Convention on Biological Diversity and World Heritage.