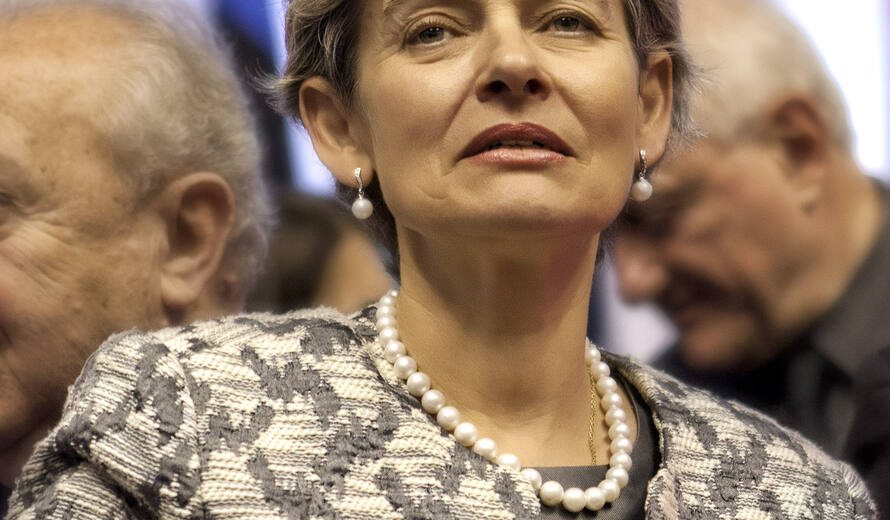 UNESCO Director-General Irina Bokova today expressed her distress and dismay over the destruction of three sacred tombs that are part of a World Heritage site in Timbuktu, Mali. Ms Bokova called on the belligerents to cease the destruction immediately.

“Reports that the Mausoleums of Sidi Mahmoud,  Sidi Moctar and Alpha Moya have been destroyed is extremely distressing,” the Director-General said. “There is no justification for such wanton destruction and I call on all parties engaged in the conflict to stop these terrible and irreversible acts, to exercise their responsibility and protect this invaluable cultural heritage for future generations.

The Director-General, has repeatedly urged international cooperation to protect the sites which bear witness to the golden age of Timbuktu in the 16th century and to a history that stretches even further back to the 5th century of the Hegira.

Earlier today, the Chairperson of the Committee, Eleonora Mitrofanova (Russian Federation) described the destruction of the three tombs as“tragic news for us all and, even more so for the inhabitants of Timbuktu who have cherished and preserved this monument over more than seven centuries.”

On Thursday, 28 June, the World Heritage Committee, meeting in St. Petersburg, accepted the request of the government of Mali to place Timbuktu and the Tomb of Askia on UNESCO’s List of World Heritage in Danger.

2.   Congratulates the State Party for having immediately expressed its concern regarding the worsening threats to the World Heritage cultural properties, in particular to Timbuktu and the Tomb of Askia, and for having requested UNESCO assistance for measures to be undertaken in the event of a future deterioration of the situation;

4.   Expresses its serious concern regarding the situation of armed conflict in the northern region of Mali and the seriousness of threats to the World Heritage properties following the degradation of the Timbuktu tombs, and the threats to the conservation of the Outstanding Universal Value of the Tomb of Askia;

5.   Considers that the optimal conditions are not present anymore to ensure the preservation of the Outstanding Universal Value of the properties of Timbuktu and the Tomb of Askia and that they are threatened by a specific and proven imminent danger, in accordance with Paragraph 179 of the Operational Guidelines;

6.   Decides to inscribe Timbuktu (Mali) on the List of World Heritage in Danger;

7.   Also decides to inscribe the Tomb of Askia (Mali) on the List of World Heritage in Danger;

8.   Requests the World Heritage Centre and ICOMOS to prepare, in consultation with the State Party, all the corrective measures as well as a Desired State of Conservation for the removal of the property from the List of World Heritage in Danger, once a return to stability is effective in the northern region of Mali;

9.   Launches an appeal to the frontier States Parties to Mali (Algeria, Burkina Faso, Cote d’Ivoire, Guinea, Mauritania, Niger, Senegal) to cooperate in the preparation of a joint conservation strategy for World Heritage properties of Mali and to combat the illicit traffic of cultural objects, in particular those linked to these properties;

10.  Also launches an appeal to the African Union and the CEDEAO in order that all the necessary measures may be undertaken to protect cultural heritage located in the northern region of Mali and to the international community to provide technical and financial support to ensure the strengthened protection of the World Heritage properties in Mali;

11.  Encourages the State Party to request emergency funding from the World Heritage Fund to implement the priority actions identified during the UNESCO mission, and also requests the assistance of the World Heritage Centre, ICOMOS and ICCROM to this end;