Residents of Timbuktu today launched the reconstruction of World Heritage mausoleums damaged by the armed extremists who occupied the north and centre of Mali in 2012.

During the occupation, the extremists began to destroy the mausoleums - important edifices that bear witness to the golden age of Timbuktu as an economic, intellectual and spiritual centre in the 15th and 16th centuries. These buildings are also exceptional examples of earthen architecture whose regular upkeep by residents was deliberately stopped by the insurgents. Sixteen of them are part of the World Heritage site.

Their reconstruction is expected to last one month and will be carried out by a local group of masons under the supervision of the Imam of Djingareyber. The project has been financed by Mali and UNESCO with contributions from Andorra, the Kingdom of Bahrain, Croatia and Mauritius as well as logistical support from the United Nations Multidimensional Integrated Stabilization Mission in Mali (MINUSMA).

During today’s ceremony, Mali’s Minister of Culture, Bruno Maiga, laid the first earthen brick on the mausoleums of Sheik Baber Baba Idjè and Sheik Mahamane Al Fullani, in the presence of David Gressly, Deputy Special Representative of the Secretary General of the United Nations, and Moustapha Dicko, Minister of Higher Education and Scientific Research.

The Minister of Culture described the event as a sign of the renaissance of the ancient culture of Mali and said: “The ceremony comes to crown the joint efforts of the government of Mali, UNESCO and other technical and financial partners to safeguard the cultural heritage of Mali, particularly in the north and centre of the country.”

The Director-General of UNESCO, Irina Bokova, described the launch of the reconstruction as a significant day for UNESCO: “The rehabilitation of the cultural heritage of Timbuktu is crucial for the people of Mali, for the city’s residents and for the world. The name of Timbuktu sparks the imagination of millions of people in all parts of the planet and it is a happy day for us at UNESCO when we see the support we have helped mobilize for the people and culture of this part of the world crowned with success.”

Albert Gerard Koenders, the Special Representative of the Secretary-General of the United Nations and Head the MINUSMA, declared that “Protecting civilians also implies safeguarding their history and their identity. Today’s start of the reconstruction of Timbuktu’s mausoleums is important as they constitute an inalienable feature of the city’s identity whose very purpose is to protect its inhabitants.”

Diplomats from the European Union France, South Africa and Switzerland also participated in the ceremony.

Reconstruction of the destroyed mausoleums of Timbuktu (Mali)
Other news (8) 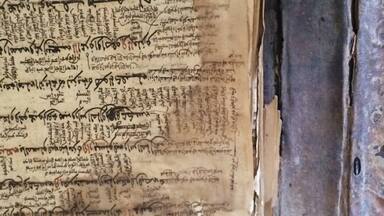 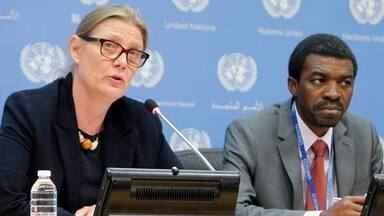 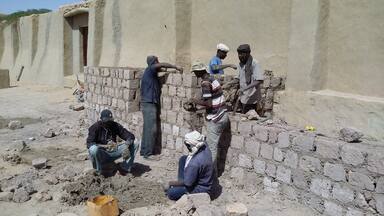 The first stage in the rehabilitation of cultural heritage of Timbuktu (Mali) is complete
14 April 2014
More ... 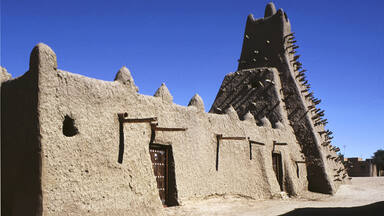 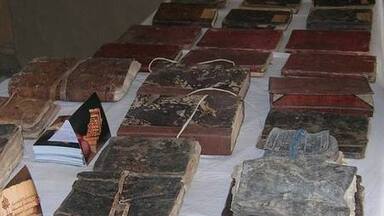 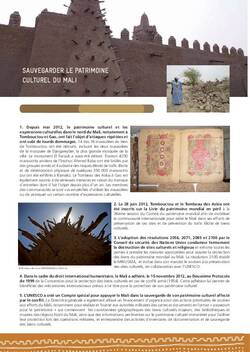 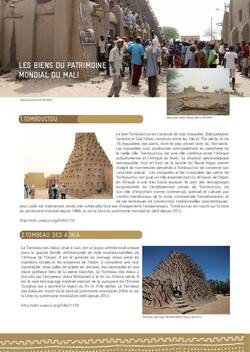 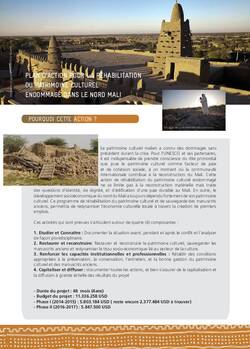