The World Heritage Committee on Tuesday morning recognized the success of two countries, Pakistan and the Philippines, in improving the conservation of sites that had been inscribed on the List of World Heritage in Danger: Fort and Shalamar Gardens in Lahore (Pakistan) and the Rice Terraces of the Philippine Cordilleras (Philippines).

Successful measures have been taken to remove the threat to the brilliant palaces, mosques and gardens of Lahore, according to the World Heritage Committee which inscribed this outstanding testimony of Mughal civilization on the World Heritage List in 1981. Problems including urban encroachment had warranted the inscription of the site on the World Heritage List in Danger in 2000, at the request of the Pakistani government. Many of the site’s monuments have since been restored. Better drainage and planning have also improved the preservation of the site’s external walls and solved problems of dampness.

The Rice Terraces of the Philippine Cordilleras (Philippines) was inscribed on the World Heritage List in 1995 as an outstanding cultural landscape that evolved over two millennia. It was placed on the Danger List in 2001 because of threats to its essential values which required the development of better management and planning. The Philippines sought danger listing as a way to raise national and international support and cooperation in the preservation of these remote high rice fields maintained thanks to the transmission of traditional knowledge from one generation to the next.

Also during the morning session, the Committee observed a minute of silence in memory of at least six guards reported to have been killed by Simba rebels in the Democratic Republic of Congo’s Okapi Wildlife Reserve on 24 June. The Wildlife Reserve was inscribed on UNESCO’s World Heritage List in 1996 and has been on the List in Danger since 1997. 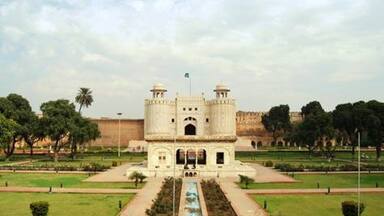 Technical assistance for the valorisation of the Fort and Shalamar Gardens in Lahore, Pakistan
Other news (4) 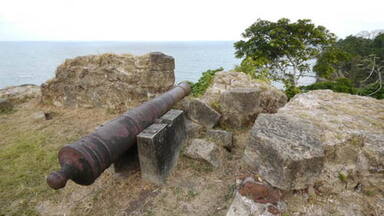