Cairo hosts a variety of historically significant districts and monuments, ranging from the ruins of al-Fustat, the Fatimid nucleus of Medieval Cairo, the citadel and surrounding Mamluk palaces, to its urban domestic architecture, mausoleums, bazaars, its Nilometre and other inventions related to human use and mastery of the River Nile.

All serve to demonstrate the wealth of Cairo not only as a historic capital of the Islamic World, but as a marvel of the human urban experience throughout its history. As such, the site of Historic Cairo was inscribed on the World Heritage List in 1979, recognizing its "absolutely unquestionable historical, archaeological and urban importance"

However, delimitation of the site and protective measures for the maintenance of its urban and architectural values have remained unclear or lacking altogether, despite its inclusion on the World Heritage List for over 30 years. It is this situation that the project Urban Regeneration for Historic Cairo seeks to address and rectify. Requested for many years by the World Heritage Committee, the initiative for the elaboration of conservation/management tools for Historic Cairo was initiated in 2009, through the Special Account for Egyptian Cultural Heritage at UNESCO. 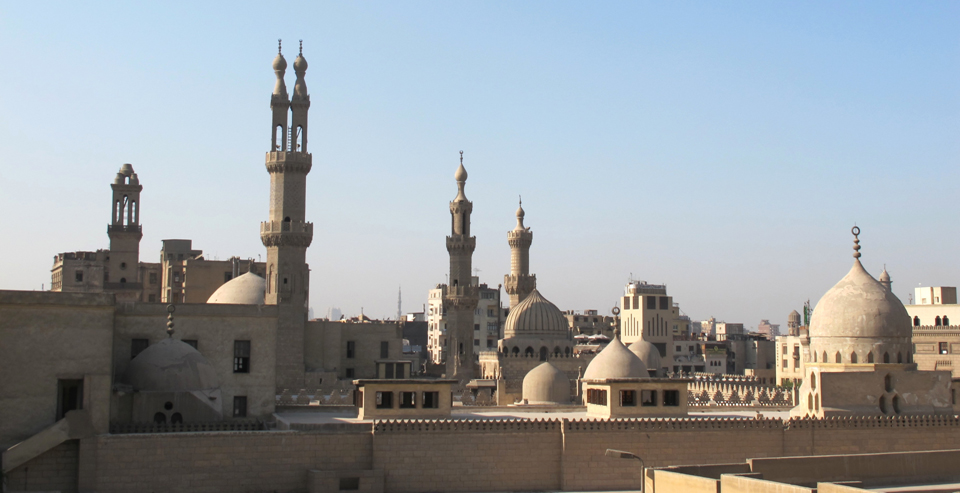 The project Urban Regeneration for Historic Cairo (URHC) has been working with local authorities since 2010 with the aim of preparing planning and management tools necessary for the conservation of the aforementioned heritage values in addition to the socio-economic revitalisation and environmental upgrading of the World Heritage Site as a whole. 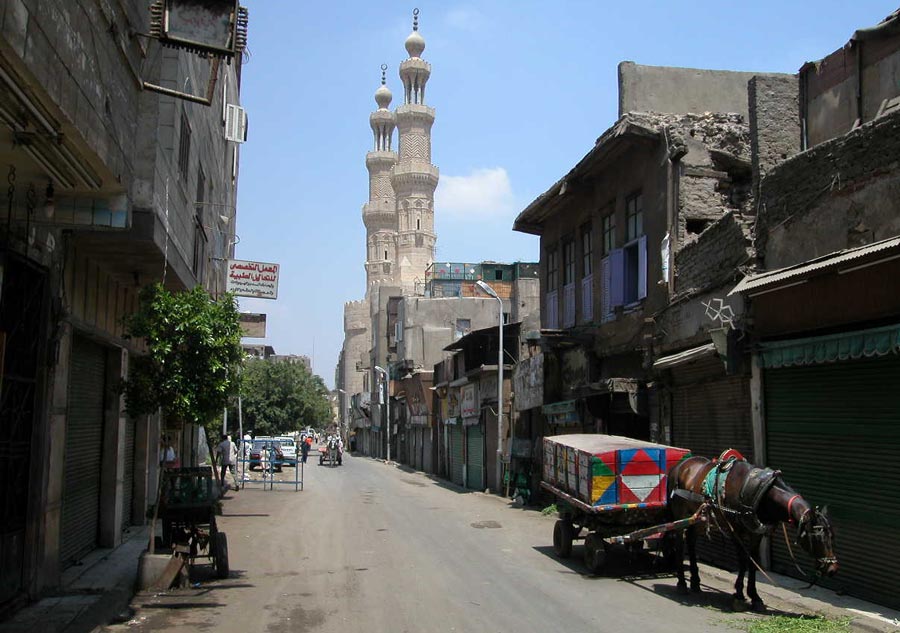 The project is based on the consideration that the establishment of the Conservation Plan necessarily requires a shared vision for the future of Historic Cairo's architectural heritage and urban fabric, and a consequent strategy to protect and rehabilitate the whole WH site not only as a spatial and functional entity, but also as a cultural and socio-economic asset.

It is based on the assumption that the tangible heritage of the World Heritage Site can only be preserved if life is kept in it. Hence, this rehabilitation initiative aims at preserving heritage features while simultaneously favouring all the possible compatible interventions which can improve the living conditions of the population and revitalise the urban fabric with new functions and uses. The Urban Regeneration project for Historic Cairo, therefore, hopes to ensure that the World Heritage Site be recognised and protected, in a dynamic fashion, through an efficient, comprehensive and sustainable management system, strengthened by the effective coordination amongst the different institutions involved. 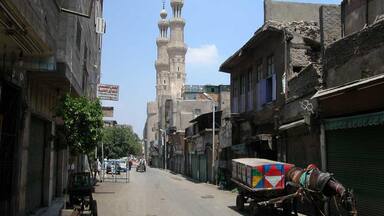 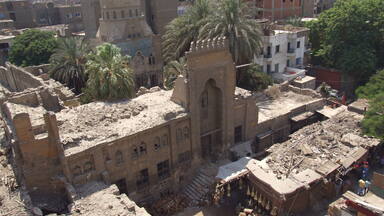 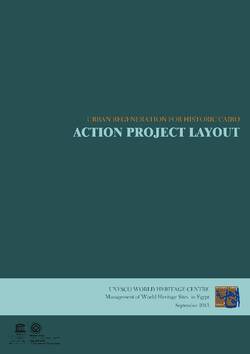 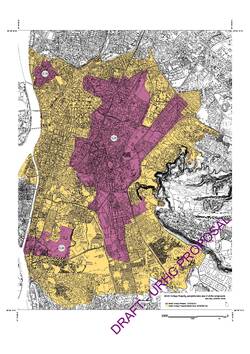 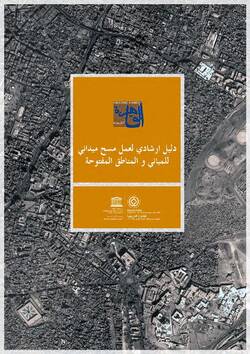 Guidelines to the survey of buildings and open spaces (Arabic)_Dec 2013.pdf .pdf 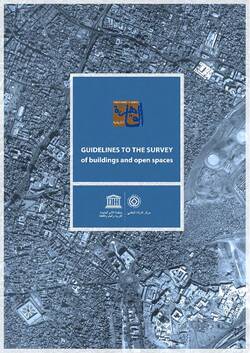 Guidelines to the survey of buildings and open spaces (English)_Dec 2013.pdf .pdf 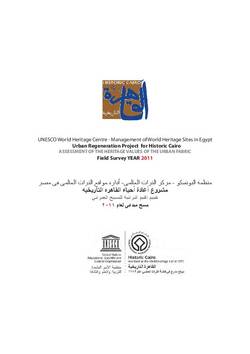 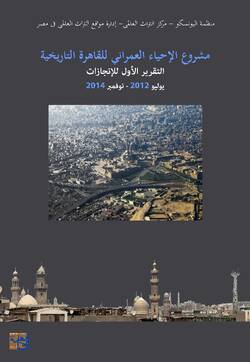 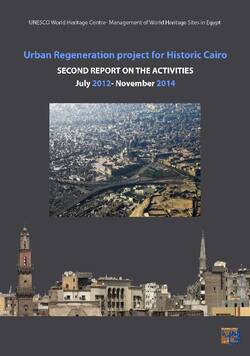 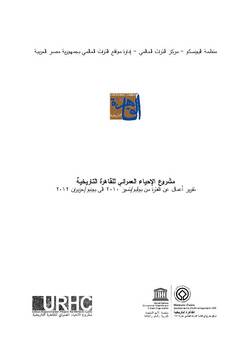 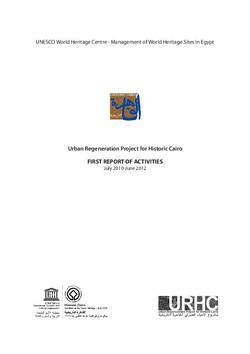 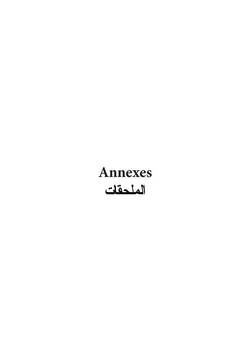 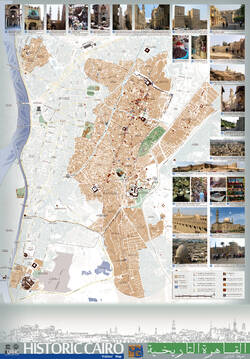 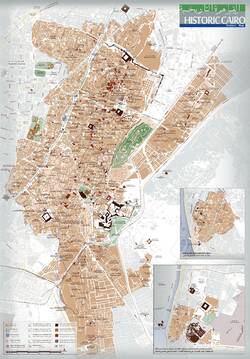 3. Regrets that the State Party has not submitted the requested report on the state of conservation of the property as well as the progress report on modifications to the Cairo Financial Centre and on the elaboration of the management plan;

4. Takes note of the information provided by the World Heritage Centre on the progress made in the implementation of the programme for the elaboration of a conservation/regeneration plan for Historic Cairo;

3. Notes the State Party's commitment to obtain a modification of the design of the Cairo Financial Centre so as to mitigate its impact on the urban landscape of the Citadel;

4. Takes note of the steps taken by the State Party for the preparation of a Management and Conservation plan for the property and welcomes its decision to involve the World Heritage Centre in this process, in consultation with the Advisory Bodies;