Located in the mountainous areas of south-west China, this property encompasses remains of several tribal domains whose chiefs were appointed by the central government as ‘Tusi’, hereditary rulers from the 13th to the early 20thcentury. The Tusi system arose from the ethnic minorities’ dynastic systems of government dating back to the 3rd century BCE. Its purpose was to unify national administration, while allowing ethnic minorities to retain their customs and way of life. The sites of Laosicheng, Tangya and Hailongtun Fortress that make up the site bear exceptional testimony to this form of governance, which derived from the Chinese civilization of the Yuan and Ming periods. 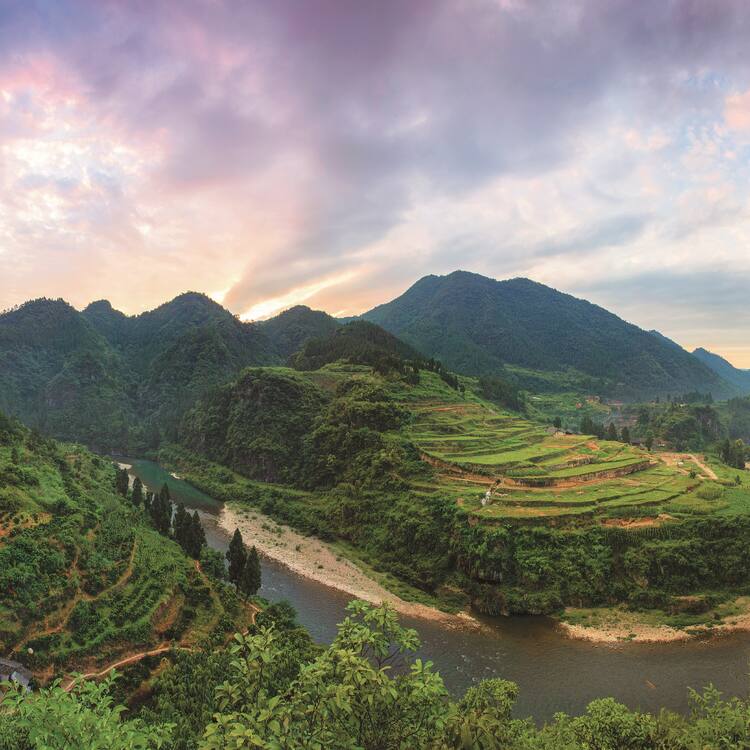 Distributed around the mountainous areas of south-west China are the remains of tribal domains whose leaders were appointed by the central government as ‘Tusi’, hereditary rulers of their regions from the 13th to the early 20th century. This system of administrative government was aimed at unifying national administration while simultaneously allowing ethnic minorities to retain their customs and way of life. The three sites of Laosicheng, Tangya and the Hailongtun Fortress combine as a serial property to represent this system of governance. The archaeological sites and standing remains of Laosicheng Tusi Domain and Hailongtun Fortress represent domains of highest ranking Tusi; the Memorial Archway and remains of the Administration Area, boundary walls, drainage ditches and tombs at Tangya Tusi Domain represent the domain of a lower ranked Tusi. Their combinations of local ethnic and central Chinese features exhibit an interchange of values and testify to imperial Chinese administrative methods, while retaining their association with the living cultural traditions of the ethnic minority groups represented by the cultural traditions and practices of the Tujia communities at Laosicheng.

Criterion (ii): Tusi sites of Laosicheng, Tangya and the Hailongtun Fortress clearly exhibit the interchange of human values between local ethnic cultures of Southwest China, and national identity expressed through the structures of the central government.

Criterion (iii): The sites of Laosicheng, Tangya and the Hailongtun Fortress are evidence of the Tusi system of governance in the South-western region of China and thus bear exceptional testimony to this form of governance which derived from earlier systems of ethnic minority administration in China, and to the Chinese civilisation in the Yuan, Ming and Qing periods.

The property contains all elements necessary to express its Outstanding Universal Value and is of adequate size to ensure the complete representation of the features and processes which convey the property’s significance. Later layers of occupation overlay parts of the Tusi period remains at Laosicheng and Hailongtun but there is sufficient evidence to demonstrate Outstanding Universal Value. Parts of the property at Hailongtun and Tangya are vulnerable to vegetation growth. The property is vulnerable to erosion impacts of heavy rainfall, and could become vulnerable to pressure due to visitor numbers and the development of tourism infrastructure.

The authenticity of material remains at the three component parts of the property in terms of function, form and layout, materials and style of construction, location and setting is retained. Authenticity of spirit and traditions is high in Laosicheng due to the presence of Tujia ethnic minority groups in the property area.

The property components are designated as State Priority Protected Cultural Heritage Sites under the Law on the Protection for Cultural Relics 1982, amended 2007. They are also protected under relevant provincial legislation. Laosicheng and Tangya Tusi sites are within designated National/Provincial Scenic Areas and protected by the Regulations on Scenic Areas 2006. The property area and buffer zone are protected in accordance with regulations relating to the Protected Area and Construction Control Zone of State Priority Protected Cultural Heritage Sites.

Management of the three component parts is co-ordinated at the provincial level under the State Administration of Cultural Heritage (SACH) by a steering group created by the Joint Agreement Concerning Protection and Management of Tusi Sites. This comprises representatives of Hunan, Hubei and Guizhou Provinces in which the component parts of the property are located. Management offices at each of the components relate through their relevant county administration and People’s Government and Autonomous Prefectures to the People’s Government of their relevant provincial administrations. The Steering Group is led by the Cultural Heritage Bureau of Hunan Province to establish common standards for management of the property including joint research projects, meetings and training courses for staff.

Conservation and Management Plans have been prepared for each of the component parts of the property for the period 2013-2030 including visitor management and presentation and monitoring of factors relating to natural disasters. The management system and plans will be strengthened to ensure overall control of tourism projects directed at retention of Outstanding Universal Value. 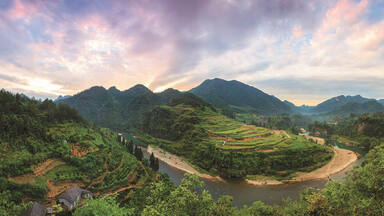