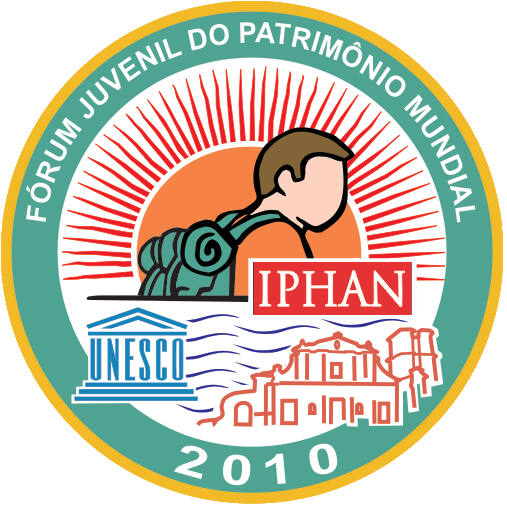 In conjunction with the 34th World Heritage Committee meeting, forty-six young students met in order to exchange experiences and ideas on how to become involved in heritage conservation and preservation. From the 18th of July to the 26th of July 2010, they took part in the World Heritage Youth Forum, in Brasilia, Brazil.

The students were involved in the creation of a forum website (http://www.patrimoniojovem.com.br/ ). They participated in visits to four of the 17 Brazilian sites inscribed as World Heritage: Foz de Iguaçu, São Miguel das Missões, Goiás and Brasília in Brazil; and to San Ignacio Mini in Argentina. The young students followed an intense programme of workshops, meetings and exchange, in the aim of collective reflection and action.

They also took part in the preparation of a video and of a youth declaration for presentation at the opening ceremony of the 34th World Heritage Committee meeting. And they put up a photo exhibit at the Brasilia Museum and at the Committee venue. Lastly, they created the network named Rede Juvenil do Patrimônio Mundial (REJUPAM) to sustain youth exchanges and actions by young participants. This World Heritage Youth Network operates online and benefits from the guidance and logistical support of IPHAN.

The 3rd edition of the Hostelling International Christina Cameron Awards

Simultaneous to the preparations for the Youth Forum, a competition was held among the youth participants. It was organized by the IPHAN in collaboration with Hostelling International who offered the HI- Christina Cameron prize, created in 2008 and honouring Drª Christina, former president of the World Heritage Committee. The prize is a cash prize aimed to encourage the achievements of the projects shown by the students.
The Hostelling International Christina Cameron Awards went to the project "House of Natural and Cultural Heritage: Finding out the Heritage of our City" from Francisco Leandro de Oliveira (Brazil), first prize. Brian Ginés Bejarano (Paraguay) for "The Appreciation of Intangible Cultural Heritage under a Youth's Perspective" won the second prize. Finally, the third prize went to two young people: Fernanda Rocha de Oliveira (Brazil), for "João Pessoa.br-Computerizing our Heritage History", and Tatiana Cavallin (Argentina), for "Youth Formation in the Tucumano Heritage".
Nonetheless, all the projects of the students were publicized.

The interactive site http://www.patrimoniojovem.com.br/ was created to link the participating countries and to promote projects related to World Heritage. The site can be consulted online.