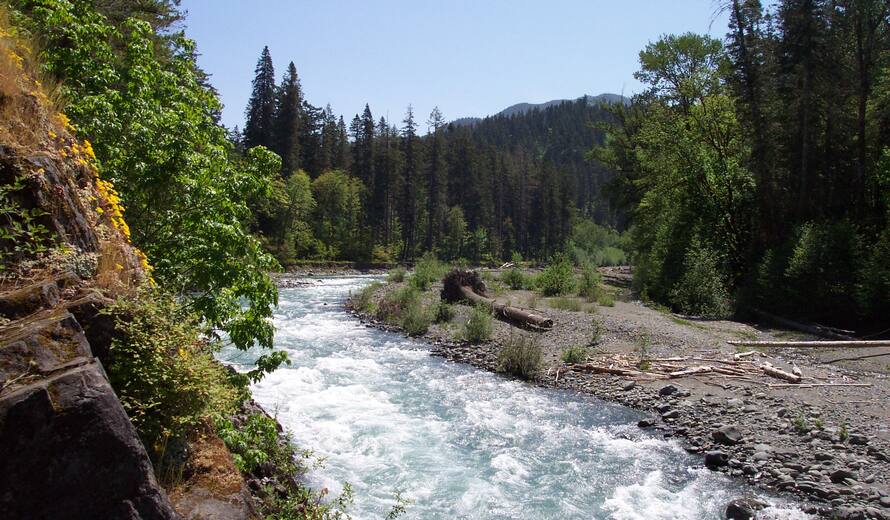 One of the largest restoration projects in the history of the United States is underway at Olympic National Park World Heritage site in Washington. Begun in September 2010, the removal of the Elwha and Glines Canyon dams on the Elwha River will result in salmon populations swelling from 3,000 to more than 300,000 as all five species of Pacific salmon return to more than 70 miles of river and stream. The return of fish will bring bear, eagles and other animals back to an ecosystem that has been deprived of a vital food source for 100 years.

The returning salmon and restored river will also renew the culture of the Lower Elwha Klallam Tribe, who has lived along the river since time immemorial. Tribal members will have access to sacred sites now inundated and cultural traditions can be reborn. The National Park Service and the Tribe are primary partners on this project.

For photos, project updates and news, see nps.gov/olym or interact with “Elwha River Restoration” on Facebook.