The 28th Session of the Committee 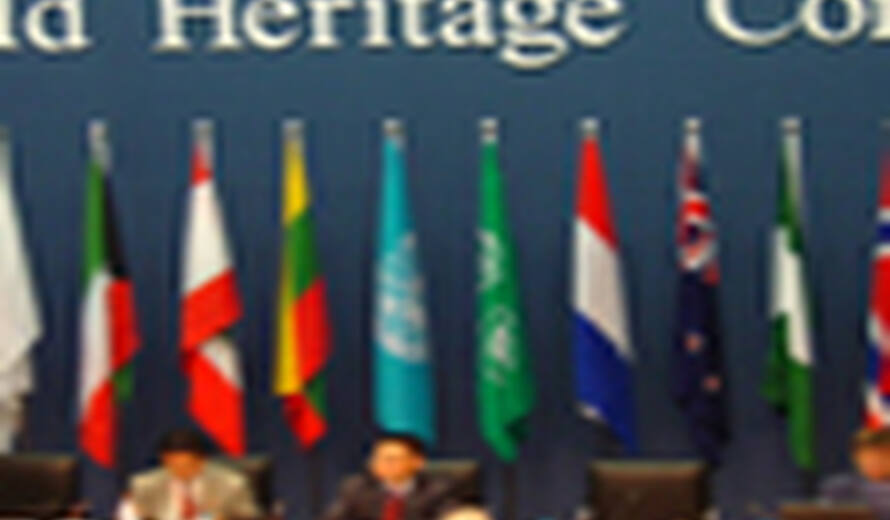 The 28th session of the World Heritage Committee was held in Sushou, China, under the chairmanship of Zhang Xinsheng, Vice Minister of Education of China and Chairperson of China’s National Commission for UNESCO, from 28 June to 7 July 2004. Over 700 delegates from States Parties, Advisory Bodies and non-governmental organizations participated. 29 cultural sites and 5 natural sites were added to the World Heritage List, bringing the total number of sites inscribed to 788 (611 cultural, 154 natural, and 23 mixed). 157 reports on the state of conservation were examined. Three properties were added to the List of World Heritage in Danger and three were removed from it. The Committee elected its Chairperson: Themba P. Wakashe of South Africa, Deputy Director-General for Heritage at the South Africa National Archives and Library Services; its Rapporteur: Ariel Gonzalez of Argentina, and its Vice-Chairpersons: Colombia, Lebanon, New Zealand, Nigeria and Portugal. The mandate of this Bureau will last until the end of the 29th session of the World Heritage Committee in July 2005.

During this eight-day session, in a warm and hospitable atmosphere created by the host country and by the city of Suzhou, the World Heritage Committee examined a considerable number of issues aimed at making its work, and the implementation of the World Heritage Convention more efficient.

The WHC was also requested to submit the thematic initiatives on ‘Astronomy and World Heritage’ and ‘Marine Conservation’ for consideration at the 29th session.

The WHC was requested to report on the on-line database at the 29th session, with the understanding that it would become operational as of 1 April 2005. This database is to include information on the implementation of the decisions adopted at all the Committee’s sessions from the 26th onwards. The WHC was also requested to develop a similar database for the decisions adopted by the General Assembly of the States Parties to the Convention and to report on its progress at the 29th session.

The Committee decided that the revised Operational Guidelines for the Implementation of the Convention, subject to approval by Vera Lacoeuilhe, Chairperson of the 27th session, would be applied as of 1 November 2004.

Despite this longer-than-usual Committee session, there was not sufficient time to discuss all items on the Agenda. It was thus decided to hold a 7th extraordinary session at UNESCO Headquarters, Paris 6-11 December 2004.

The 29th session of the Committee will be held in Durban, South Africa in July 2005.