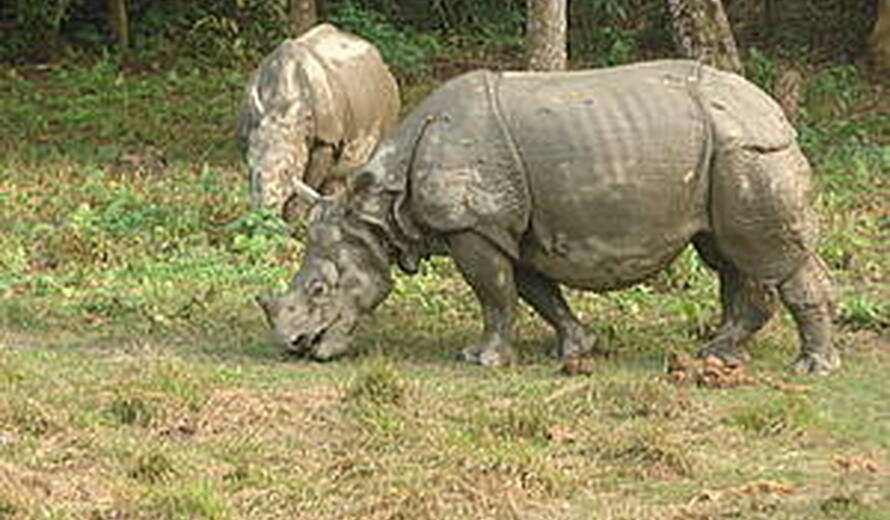 The World Wide Fund for Nature (WWF) has released the results of its rhinoceros census in Nepal, reporting a reported 23% increase in rhino numbers in this World Heritage site since the last census taken in 2008.  Numbers increased from 408 to 503. WWF reports that these numbers reflect the success of conservation efforts for this species and are a result of improved rhino protection measures and management of habitat. For further details, see the WWF report here .

This forest site was inscribed on the World Heritage List in 1984 and celebrates a particularly rich flora and fauna typical of the lowland Terai forest, which once stretched across the foothills of the Himalayas through India and Nepal. On the hills are pines and scattered palms, and moister slopes support bamboos. The park is also recognized as prime habitat for the Bengal tiger.

The site was the subject of discussion by the World Heritage Committee in 2003-2004 over the building of a bridge within the park. Following constructive dialogue between the Committee and the Nepalese Government, measures were implemented ensuring that the bridge be used strictly for local community purposes and not for commercial traffic, thus limiting impacts on the park. For more details, please consult the State of Conservation report presented to the World Heritage Committee in 2004 here .