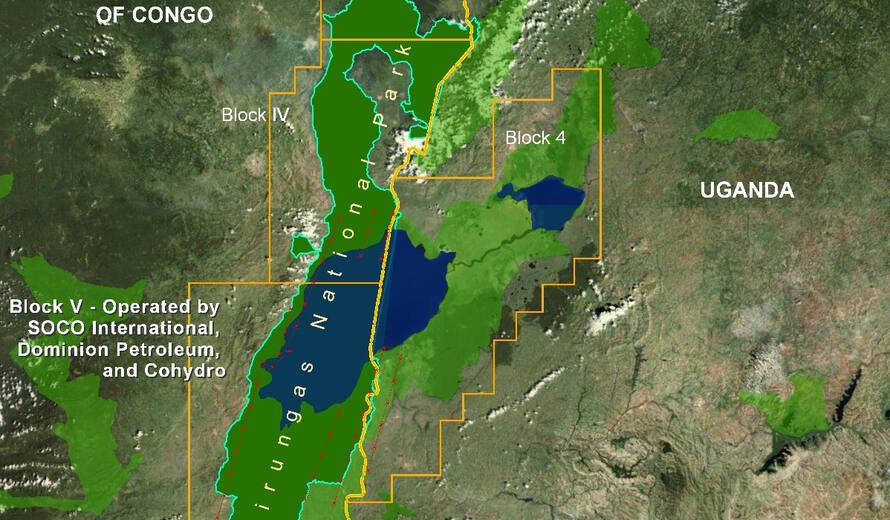 The Director-General of UNESCO, Irina Bokova, has welcomed the announcement by the Minister for Environment, Nature Conservation and Tourism of the Democratic Republic of the Congo that the government of the DRC has suspended prospection for oil at Virunga National Park , inscribed as on UNESCO's World Heritage List in 1979.

"I welcome the suspension of exploration activities. This decision constitutes an important step in preserving Virunga, a remarkable site and unique natural habitat for endangered species" said the Director-General.

"It is very positive response to the concerns raised by the World Heritage Committee, the international community and UNESCO on the issue of oil exploration in the park. I hope," she added, "that the Government of the Democratic Republic of the Congo will abandon all plans for oil exploitation within this World Heritage site."

This decision was announced by José Endundo Bononge, the Environment Minister following the commitments made in the Kinshasa Declaration , which was signed in RDC by the Prime Minister and the Director-General of UNESCO on 14 January during a high level meeting. The Minister clarified that a strategic environmental assessment was currently being undertaken, the results of which would be available by the beginning of next year. The Director-General sent a letter to the Minister for Environment, Nature Conservation and Tourism, to congratulate him for his government's wise decision.

Virunga National Park is home to one of the last remaining mountain gorilla populations and covers a wide range of different habitats, harboring an exceptional biodiversity. The Park has been on the List of World Heritage in Danger since 1994, due to the negative impacts - mainly poaching - of the conflicts, which has ravaged the Great Lakes region.