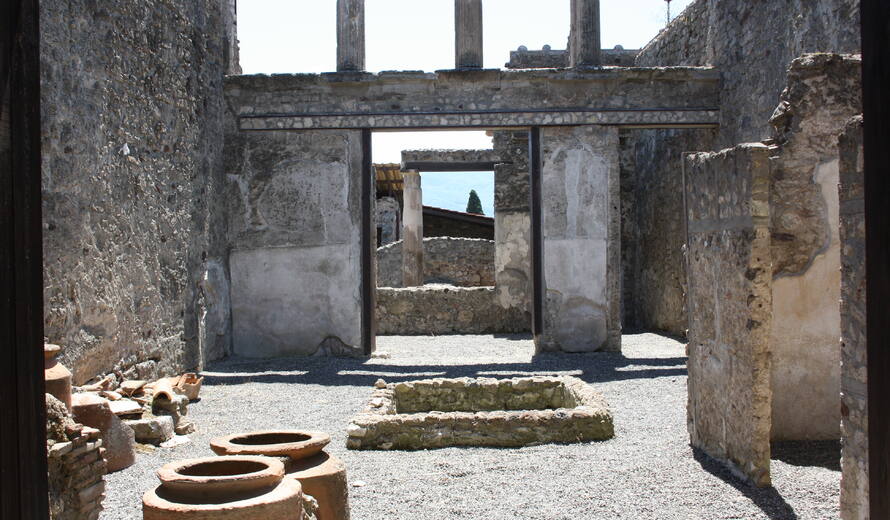 Experts from UNESCO's World Heritage Centre and the International Council of Monuments and Sites will arrive in Pompei on 2 December to examine the state of conservation of the World Heritage site. The mission follows the destruction in early November of the Schola Armaturarum and further collapses yesterday and today, including that of a wall at the House of the Moralist.

This advisory mission will seek to identify potential threats to other structures at the site and possible measures, including the implementation of legal and management provisions, to avoid any further incidents. The mission will also study the impact of these collapses on the site's integrity, authenticity and outstanding universal value. A report on the mission's findings will be presented to the next session of the World Heritage Committee (Bahrain, June 2011).

The Schola Armaturarum is among the most emblematic buildings at the archaeological site of Pompei, which was destroyed by an eruption of Mount Vesuvius in 79 A.D. It is thought gladiators used to train in the building before their fights in a nearby amphitheatre.

The House of the Moralist is also one of Pompei's best-known houses. The collapse of an external wall there yesterday, as well as two more walls in different locations today, has renewed concerns about the ancient Roman city's state of preservation.

The archaeological areas of Pompei, Herculaneum and Torre Annunziata were inscribed on UNESCO's World Heritage List in 1997.