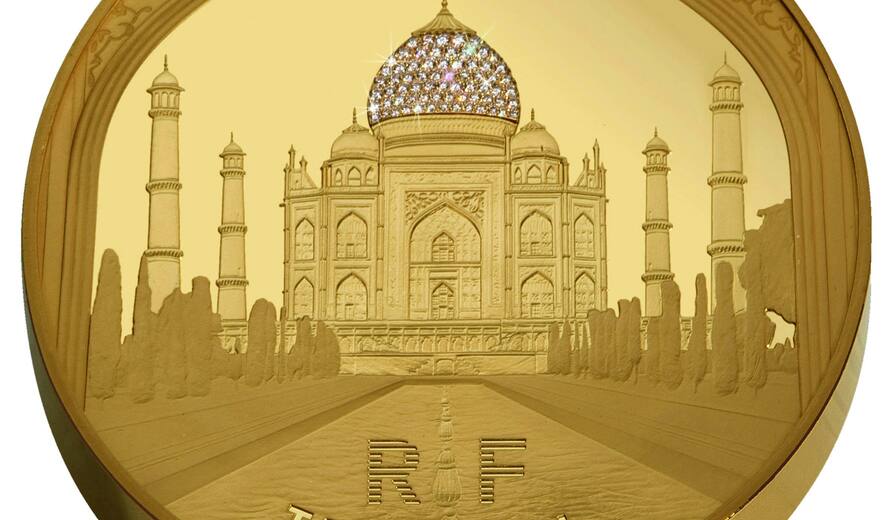 La Monnaie de Paris has received authorization to sell 29 of them, each weighing one kilogram (2.2 lbs). Designed in partnership with Cartier, each piece includes 68 diamonds encrusted on the dome of the Taj Mahal.

The Taj Mahal, in Agra, India, is a temple in white marble built in the 17th century by the emperor Shah Jahan in honor of his wife Mumtaz Mahal, who died in childbirth in 1631.

La Monnaie de Paris is the French mint that produces coins for circulation and is also a museum. Previous World Heritage coins include China's Great Wall and the Grand Canyon in the US, and last year 20 1kg gold coins featuring Russia's Kremlin were sold for 50,000€ each.