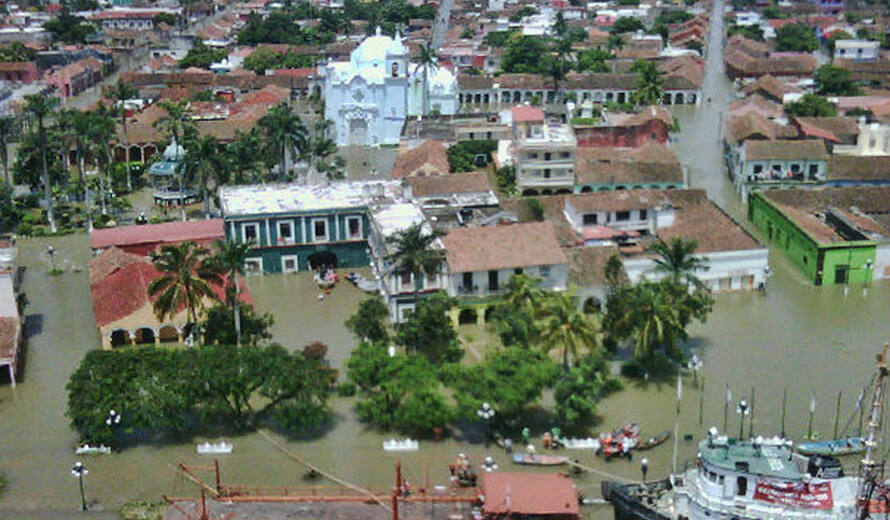 According to reports from the Secretary of the Civil Defense of Mexico, the heavy rains and the downpour of the past few weeks have generated severe flooding in the country, including seriously affecting the Tlacotalpan World Heritage site. The storms have also resulted in the forced relocation of almost 8500 people from the city, and at least five persons have been reported killed over the last 25 days as a result of flooding in the southern part of the State of Veracruz as a result of the overflowing of the Papaloapan and Coatzacoalcos Rivers.

Communication with Mr Alfonso de Maria y Campo - Director General of the National Institute for Anthropology and History (INAH), earlier this week during a mission of the World Heritage Centre to Mexico DF, has revealed that there are serious concerns regarding flood damages to Historic Monuments Zone, as over 500 buildings and monuments have already been seriously affected.

Tlacotalpan is a beautiful port village on the shore of the Gulf of Mexico, which was founded in the 16th century. It has declared a World Heritage site in 1998 because of its urban design, and architecture, which represents a fusion of Spanish and Caribbean traditions. The Virgin of the Candelaria Cathedral, the Saint Cristobal Sanctuary and the Saint Miguelito Church - all built at the end of the 19th century, are part of the cultural richness and diversity, which also includes the Nezahualcoyotl Theatre, which was ordered constructed by the Mexican President Porfirio Díaz.

The World Heritage Centre will continue to monitor the situation, and work in close collaboration with the Mexican Permanent Delegation to UNESCO, the  National Institute of Anthropology and History (INAH), the Government of the State of Veracruz, and the Mayor of the city - Mrs. Esperanza Burela, with whom the World Heritage Centre has been already  in contact.