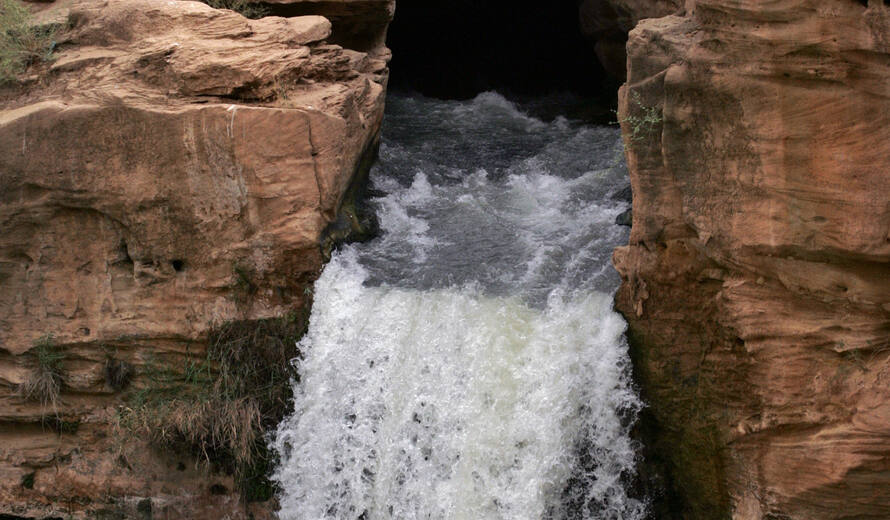 Sulamain-Too Sacred Mountain of Kyrgyzstan has become the country’s first site to be inscribed on UNESCO’s World Heritage List. Shushtar Historical Hydraulic System, Bridges, dams, canals, buildings and watermills from ancient time to present (Iran) and the Royal Tombs of the Joseong Dynasty (Republic of Korea) were also added to the List on Friday.

Sulamain-Too Sacred Mountain (Kyrgyzstan) dominates the Fergana Valley and forms the backdrop to the city of Osh, at the crossroads of important routes on the Central Asian Silk Roads. For more than one and a half millennia, Sulamain was a beacon for travellers revered as a sacred mountain. Its five peaks and slopes contain numerous ancient places of worship and caves with petroglyphs as well as two largely reconstructed 16th century mosques. One hundred and one sites with petroglyphs representing humans and animals as well as geometrical forms have been indexed in the property so far. The site numbers 17 places of worship, which are still in use, and many that are not. Dispersed around the mountain peaks they are connected by footpaths. The cult sites are believed to provide cures for barrenness, headaches, and back pain and give the blessing of longevity. Veneration for the mountain blends pre-Islamic and Islamic beliefs. The site is believed to represent the most complete example of a sacred mountain anywhere in Central Asia, worshipped over several millennia.

Shushtar, Historical Hydraulic System, inscribed as a masterpiece of creative genius, can be traced back to Darius the Great in the 5th century B.C. It involved the creation of two main diversion canals on the river Kârun one of which, Gargar canal, is still in use providing water to the city of Shushtar via a series of tunnels that supply water to mills. It forms a spectacular cliff from which water cascades into a downstream basin. It then enters the plain situated south of the city where it has enabled the planting of orchards and farming over an area of 40,000 ha. known as Mianâb (Paradise). The property has an ensemble of remarkable sites including the Salâsel Castel, the operation centre of the entire hydraulic system, the tower where the water level is measured, damns, bridges, basins and mills. It bears witness to the know-how of the Elamites and Mesopotamians as well as more recent Nabatean expertise and Roman building influence.

The Royal Tombs of the Joseon Dynasty form a collection of 40 tombs scattered over 18 locations. Built over five centuries, from 1408 to 1966, the tombs honoured the memory of ancestors, showed respect for their achievements, asserted royal authority, protected ancestral spirits from evil and provided protection from vandalism. Spots of outstanding natural beauty were chosen for the tombs which typically have their back protected by a hill as they face south toward water and, ideally, layers of mountain ridges in the distance. Alongside the burial area, the royal tombs feature a ceremonial area and an entrance. In addition to the burial mounds, associated buildings that are an integral part of the tombs include a T-shaped wooden shrine, a shed for stele, a royal kitchen and a guards’ house, a red-spiked gate and the tomb keeper’s house. The grounds are adorned on the outside with a range of stone objects including figures of people and animals. The inscription of the Joseon Tombs completes the two earlier series of Korean Peninsula royal tombs already inscribed on UNESCO’s World Heritage List: the Gyeongju Historic Areas, Republic of Korea, and Complex of Koguryo Tombs, Democratic People’s Republic of Korea.