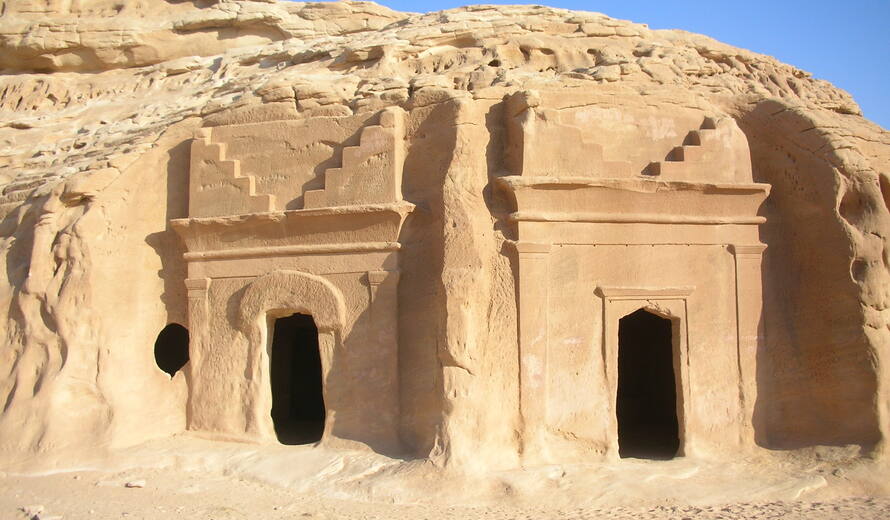 On 17 March, the Director-General was received by HRH Prince Sultan bin Salman Bin Abdelaziz Al-Saud, Chairperson of the Museum and Heritage Foundation and Secretary-General of the Saudi Higher Commission for Tourism and Antiquities, with whom he discussed cooperation between the Kingdom of Saudi Arabia and UNESCO in the area of culture. Mr Matsuura paid tribute to His Majesty King Abdallah bin Abdulaziz Al-Saud for his strong support, and congratulated HRH Prince Sultan for working successfully towards the inscription of the first Saudi site, Madâin Sâlih, on the World Heritage List.

"In recent years, especially since our first meeting at UNESCO Headquarters in July 2003 and my second visit to Saudi Arabia in 2006, I have been pleased to note many encouraging signs with regard to the preservation of the Kingdom's cultural heritage", said Mr Matsuura, who also congratulated HRH Prince Sultan for preparing new legal frameworks, in particular, an Antiquities and Museum Heritage Law for the preservation of cultural heritage in the Kingdom.

"Inscription on the World Heritage List is not the end of a process; rather it is the beginning of a new chapter entailing new responsibilities at all levels - locally, nationally and internationally. I am convinced that the Kingdom of Saudi Arabia is committed to this task", emphasized Mr Matsuura. In this context, the Director-General stressed the critical need to raise awareness among different communities, most particularly young people, about the importance of preserving their heritage. "There can be no doubt that education is a key tool that will enable future generations to preserve, maintain and transmit this common heritage of humankind", he underlined. Mr Matsuura also encouraged the Saudi authorities to present candidature files within the framework of the 2003 Convention for the Safeguarding of the Intangible Cultural Heritage. HRH Prince Sultan, in his response, reiterated the Kingdom's pledge to "conserve not only the World Heritage sites situated on its own territory, but also to contribute to the conservation of World Heritage in all parts of the planet".

The same day, the Director-General inaugurated, together with HRH Prince Sultan, an exhibition on three Saudi heritage sites (Madâin Sâlih, Ad-Diriyyah, Historic Old City of Jeddah) at the National Museum.

The Director-General also visited the Turaif Quarter in Ad-Diriyyah, near the capital city of Riyadh, to be presented to the World Heritage Committee as a second nomination candidature file. Upon his arrival, he was greeted by HRH Prince Ahmed bin Abdullah bin Abdurrahman, Governor of Ad-Dirriyyah.

The same day, the Director-General had a bilateral meeting with HRH Prince Faisal Bin Mohammed Al Saud, Minister of Education of the Kingdom of Saudi Arabia. They discussed, in particular, the need to further promote peace education and develop skills and capacity for intercultural dialogue within the Education for All (EFA) agenda. "These are major challenges for peace and for development, as they contribute to poverty reduction through conflict reduction, learning about citizenship and knowledge dissemination", emphasized the Director-General. They also discussed the current situation in the Middle East and the challenges for reconstruction in the Gaza strip. On this occasion, Mr Matsuura made a presentation of the various UNESCO projects included in the UN Flash Appeal for Gaza, to help restore quality educational services, particularly in secondary and higher education institutions.  He also reiterated the need to respond, with the support of the international community, to emergency and early recovery needs in Gaza.

Later on, Mr Matsuura visited the Al-Jenadriyah Festival, displaying a wide range of traditional arts and crafts from Saudi Arabia.

On 18 March 2009, Mr Matsuura visited the site of Madâin Sâlih, first Saudi site inscribed on the World Heritage List by the World Heritage Committee, at its 32nd session in 2008. Upon his arrival, he was welcomed by HRH Prince Sultan bin Salman Bin Abdelaziz Al-Saud, Secretary-General of the Supreme Commission for Tourism and Antiquities, and HRH Prince Abdulaziz Bin Majed Bin Abdulaziz, Emir of Medina. "It is a great pleasure to visit this spectacular site and admire the well-preserved archaeological remains of this flourishing city. This impressive site, which bears witness to the diverse influences in architecture, decoration, and traditions transmitted by the caravan trade also serves to remind us that culture is an ever-evolving process involving dynamic interactions and exchanges extending well beyond national boundaries", stated the Director-General.