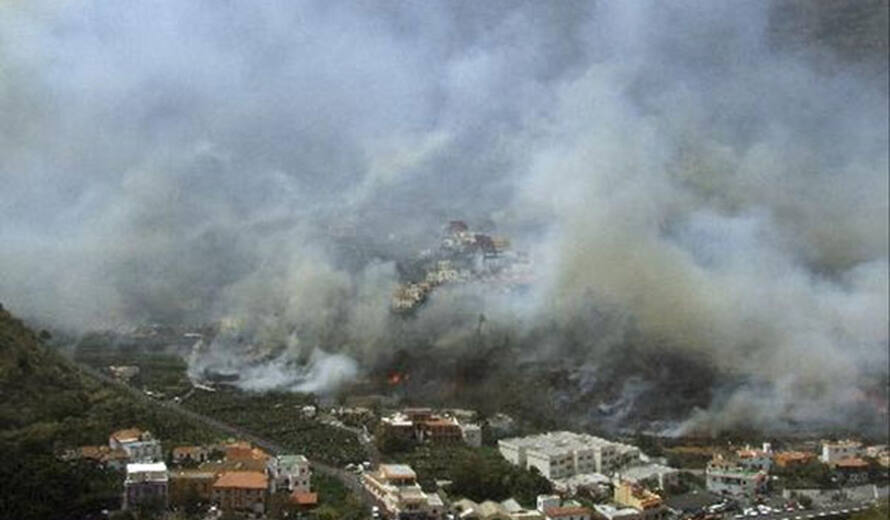 Firefighters have been struggling since last weekend to prevent a fire from spreading into Garajonay National Park, situated in the middle of the island of La Gomera in the Canary Islands archipelago. The blaze, which may have been started accidentally by a farmer clearing his land, had already destroyed 700 hectares (1,750 acres) of farmland and woods.

On Monday night the fire had reached the buffer zone of the Park but had not spread to the Park itself. The situation has stabilized but firefighters are still working to get all fires in the vicinity under control.

Laurel forest covers some 70% of this park. The presence of springs and numerous streams assures lush vegetation resembling that of the Tertiary, which, due to climatic changes, has largely disappeared from southern Europe. The Park was inscribed on the World Heritage List in 1986.