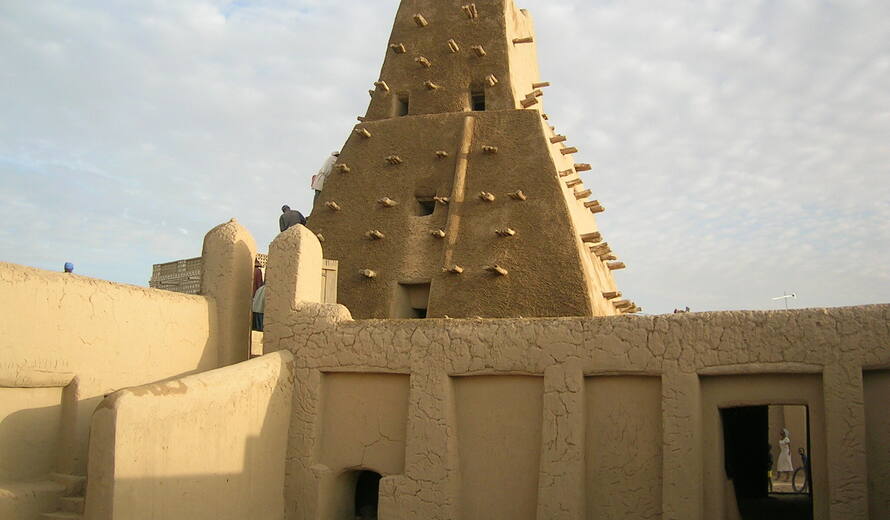 Almost a decade after the destruction of the mausoleums at Timbuktu, a UNESCO World Heritage site, the International Criminal Court (ICC) has awarded a symbolic one euro to the Government of Mali and UNESCO for the damage suffered by the Malian people and the international community as a whole as a result of the destruction of Timbuktu’s cultural property in 2012.

This gesture follows the ICC’s conviction of Ahmad Al Faqi Al Mahdi for his responsibility in the destruction of several cultural properties in Timbuktu, a site inscribed on the World Heritage List since 1988. Between June and July 2012, during the occupation of northern Mali by armed groups, several mausoleums as well as the sacred gate of the Sidi Yahia Mosque were destroyed, causing consternation in the international community.

Upon referral by the government in Bamako, the ICC opened a war crimes investigation. On 27 September 2016, it convicted Ahmad Al Faqi Al Mahdi. He was handed a nine-year prison term and ordered to pay 2.7 million euros in reparations to the victims, including the community of Timbuktu, the people of Mali and the international community that rallied around the reconstruction, a task that was completed in 2015.

Individual and collective reparations began last January, in application of the ICC's decisions. Considering the priceless and universal value of the destroyed buildings, the ICC ordered that a symbolic euro be paid to the Malian State and UNESCO respectively.

The Organization mobilized with the support of the European Union and Switzerland for the reconstruction of the ancient mausoleums, the rehabilitation of the three mosques of Djingareyber, Sankore and Sidi Yahia, and the safeguarding of the ancient manuscripts, of which nearly 4,200 had been burnt or stolen. UNESCO’s action was also made possible by a close partnership with the Malian authorities, the local communities and the Timbuktu masons' guild, and the United Nations Multidimensional Integrated Stabilization Mission in Mali (MINUSMA).

Mali’s Head of State, Bah Ndaw, declared that “the global mobilization on this issue advanced the legal framework for protection with the inclusion of heritage protection in MINUSMA’s mandate, a first in the history of UN peacekeeping missions. This action was also decisive for the consideration of culture as a security issue, with the historic adoption by the UN Security Council in March 2017 of Resolution 2347” on the protection of heritage.