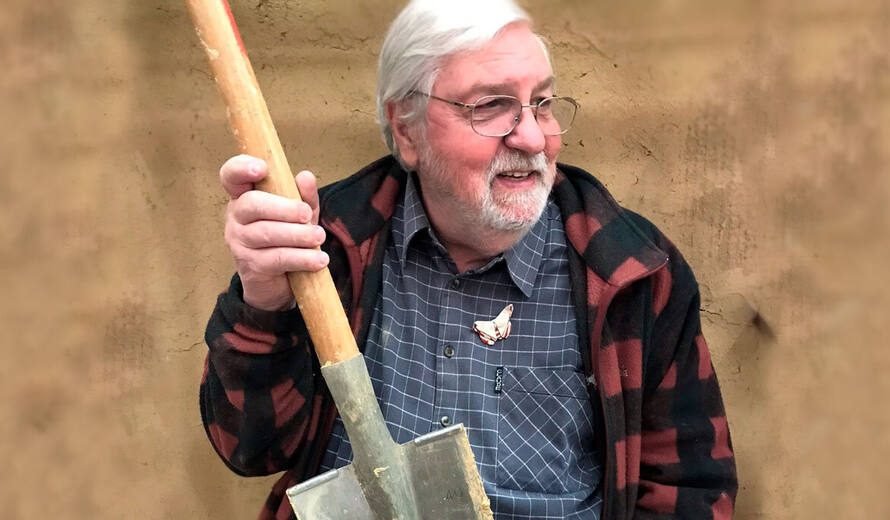 UNESCO expresses its sorrow and condolences at the death of Hugo Houben.

As an engineer of electronics and nuclear physics, Hugo Houben embarked on another path, more in line with his ethical commitments. At the age of 28, he responded to a request to participate in the construction of a popular village in Algeria. It was then that he discovered that earth can be a good construction material and launched into research to satisfy his immense curiosity, but above all, to understand and disseminate better what appeared to him to be a tremendous potential in response to emerging ecological issues.

From a meeting while still a student at the Grenoble School of Architecture (ENSAG), the Center for the Research and Application of Earth Architecture - CRAterre - was born. Subsequently, the eponymous research laboratory at ENSAG was formalized resulting in many contributions to the development of new technologies, and a specialized post-master level training course, now known as the DSA Earthen Architecture, was launched. Later, he contributed to the creation of the UNESCO Chair on Earthen Architecture.

Hugo also played an essential role in the launch of the architectural component of the PREMA-Benin II project on the Royal Palaces of Abomey (Benin), which would be the starting point of a significant ten-year programme that UNESCO carried out with ICCROM, CRAterre and African institutions in charge of heritage: AFRICA 2009.

Hugo has always shown incredible generosity throughout his professional life, and with this a particular dedication to sharing knowledge with heritage professionals but also the general public, especially young people. He was an amazing and inspirational scientist able to explain the marvels of building with earth material both to children and professionals, always with the same passion. This is how he contributed to turn the profession of earthen architecture into a university discipline. Thanks to his immense generosity, a whole generation of professionals from all over the world have benefited from his commitment, rigor, professionalism, and sense of humor and know-how towards a better world for as many people as possible.

Thank you, Hugo, for everything you shared with many of us which will continue to contribute to protecting World Heritage, today and for future generations.