Fires in the Pantanal ecoregion 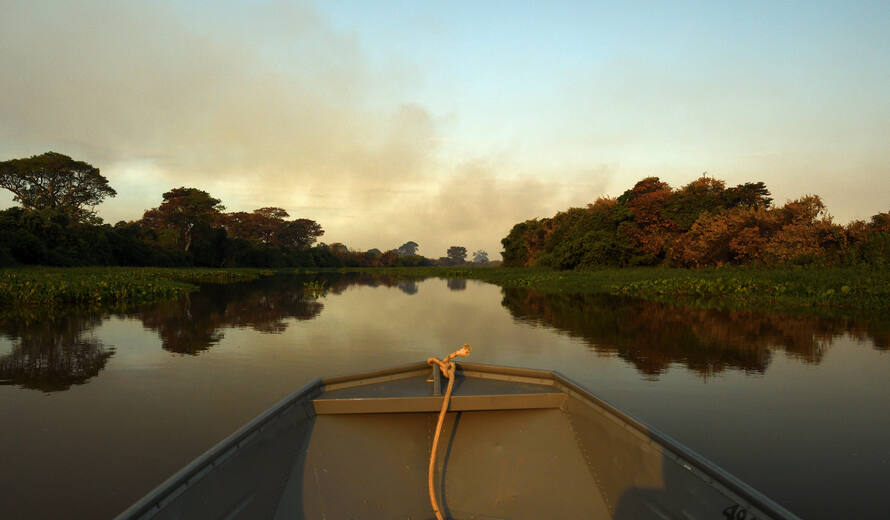 UNESCO, through the World Heritage Centre and the Secretariat of the Man and the Biosphere (MAB) Programme, is observing with attention and concern the large number of fires which have struck the Pantanal ecoregion in recent weeks.

According to information provided by experts and firefighters on site as well as satellite data from the Brazilian National Institute for Space Research (INPE - Instituto Nacional de Pesquisas Espaciais), widely reported by the international press, several tens of thousands of hectares of this territory were reportedly destroyed as a result of these fires during the month of July. According to the information available, some of these fires could be occurring in the 'Pantanal Conservation Area' World Heritage site and the Pantanal Biosphere Reserve, or the areas around them.

UNESCO's World Heritage Centre and the Secretariat of the MAB Programme commend the efforts of the competent authorities to cope with the situation and stand ready to mobilize technical and financial support for them. “It is important to do all that is humanly possible to overcome this scourge which threatens the biodiversity of what is also the largest wetland on the planet,” said the Director of the World Heritage Centre, Mechtild Rössler, and the Secretary of MAB, Miguel Clüsener-Godt.

The Pantanal extends mainly into the Brazilian states of Mato Grosso do Sul and Mato Grosso, and into the territory of Bolivia and Paraguay. In 2000, part of this ecoregion, the 'Pantanal Conservation Area', representing 1.3% of the Brazilian Pantanal, was inscribed on UNESCO's World Heritage List. In the same year, 26,400,000 hectares were named a UNESCO Biosphere Reserve. The third largest biosphere reserve in the world, the Pantanal Biosphere Reserve is home to a diversity of flora and fauna that is particularly valuable, containing at least 4,700 described species. Nearly two million people live in the World Heritage site and Biosphere Reserve.