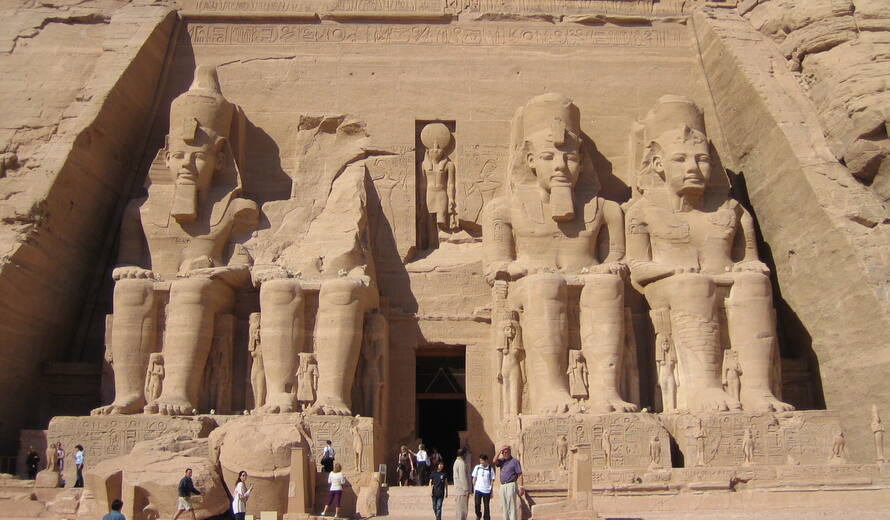 A celebration of the 40th Anniversary of the completion of the International Campaign to Save the Monuments of Nubia took place at the National Museum of Egyptian Civilization (NMEC) in Fustat, Cairo (Egypt) on 10 March 2020.

The International Campaign was launched in 1960 to relocate and reassemble six groups of monuments in Nubia threatened by the artificial lake created by the Aswan High Dam in the new location. The Campaign lasted twenty years and was completed on 10 March 1980.

In his welcoming statement, Dr Fariz, Director of the UNESCO Regional Office for Sciences in the Arab States, drew attention to the impact of the Campaign that was far beyond Egypt, inspiring the preparation and adoption of the World Heritage Convention. He reiterated that the Campaign continued to be a beacon of international solidarity in protecting heritage and an outstanding example of successful international cooperation among UNESCO, the Government of Egypt (one of the founding members of UNESCO), and humanity at large.

H.E. Dr. Khaled El Anany, Minister of Tourism and Antiquities, then delivered a welcome statement and keynote presentation. The Minister presented how the international community supported this extraordinary Campaign by providing financial and technical assistance, rescuing over 20 monuments and an architectural complex, including the Abu Simbel and Philae Temples, and setting the example of international solidarity based on the understanding of the universal nature of heritage and the importance of its conservation and transmission.

The event at NMEC provided an opportunity for renewed commitment of the international community to the importance of heritage preservation for sustainable development and for future generations.
World Heritage Properties (1)
States Parties (1)
Activities (2)
Regions (1)