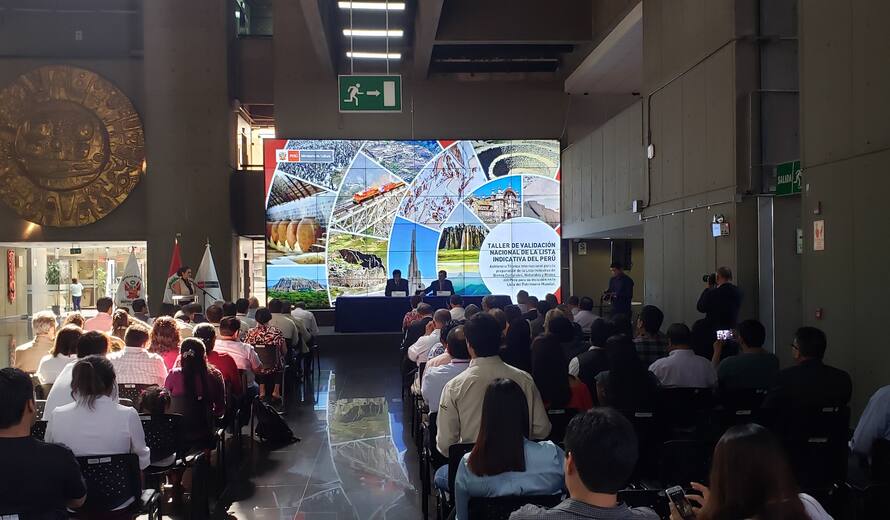 A year-long process of discussion and collaboration regarding the update to Peru’s Tentative List culminated in April with the unanimous approval of the new proposal that will guide the country’s World Heritage strategy over the coming years.

The process involved an extensive preparatory and research phase, two national-level workshops, and permanent collaboration between the authorities responsible for protecting the country’s cultural and natural World Heritage. The first workshop held in December 2018 benefited from the participation of three international experts from ICOMOS and IUCN who provided advice and guidance on Peru’s preliminary proposals and specific heritage typologies to prioritize in the new Tentative List. At the second meeting in April 2019, with the participation of independent specialists, the Ministries of Culture and Environment of Peru, as well as representatives from the regional and local governments, all involved participants at the national level agreed on the final Tentative List proposal, which includes a total of 18 sites (10 cultural including 2 cultural landscapes, 5 natural and 1 mixed), highlighting the most outstanding and representative examples of Peru’s rich heritage.

The request by Peru in January of 2018 for International Assistance from the World Heritage Fund to update its Tentative List sparked a reflection between the World Heritage Centre and the Advisory Bodies on the optimal way for States Parties to update their Tentative List. From these exchanges emerged a detailed methodology that outlines, step by step, the process of updating a country’s Tentative List in a participatory and integral manner. The methodology calls on the participation of all relevant national and local actors involved in World Heritage protection, and involves a deep reflection about the current and future vision for World Heritage of the particular State Party. Although this methodology was developed originally for the Latin American and Caribbean context, it can be easily applied to diverse cases in other countries and regions.

Peru, a country with an exceptional wealth of cultural and natural heritage, from pre-Columbian archaeological sites to national parks of global importance for biodiversity, and thanks to its strong institutional experience in the field of heritage, was seen as an excellent pilot case to test the effectiveness of this new methodology. Ana María Hoyle Montalva, head of the Direction of World Heritage Sites of the Ministry of Culture, highlighted her perceptions on the entire Tentative List process:

“Without a doubt, this experience has generated an extremely fruitful dialogue at the national level on what elements of our cultural and natural heritage we want to prioritize for future World Heritage nominations. Also, thanks to the technical guidance of the ICOMOS and IUCN experts in the first workshop, we also better understand what aspects of Peru’s unique heritage can contribute to creating a more representative World Heritage List on a regional and global level.”

Peru plans to formally submit its updated Tentative List to the World Heritage Centre in the coming weeks. Learning from this pilot case, Honduras is set to be the second State Party in the Latin America and Caribbean region to implement this new methodology, with Colombia, Chile and Argentina next in line.

The updating and harmonization of Tentative Lists is a priority objective identified in the regional Action Plan for World Heritage in Latin America and the Caribbean (PARALC), 2014-2024, as well as in the corresponding sub-regional Action Plans for Mexico and Central America, for South America, and for the Caribbean. This action responds particularly to the Global Strategy for the implementation of the World Heritage Convention by strengthening the credibility of the World Heritage List, as a representative and geographically balanced testimony of cultural and natural properties of outstanding universal value.