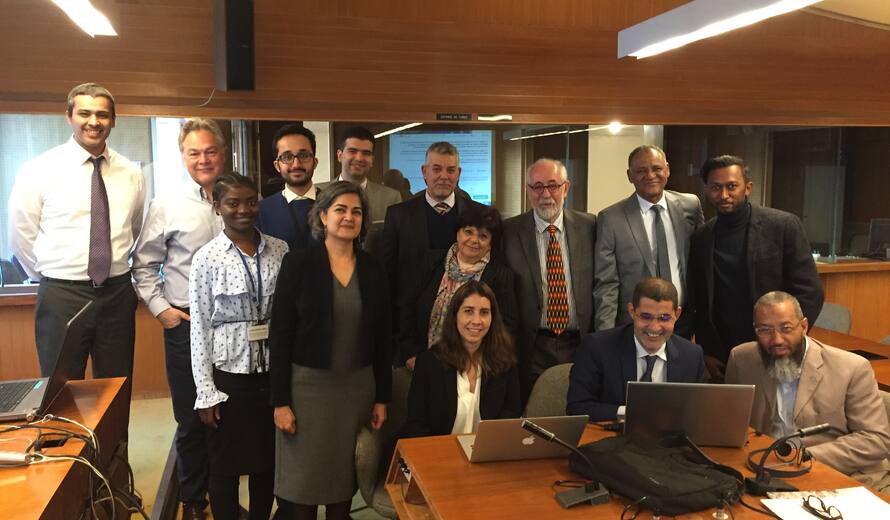 On 26 and 27 February 2019, World Heritage Focal Points of the Arab States region came together at UNESCO Headquarters (Paris, France) for a workshop in the framework of the Third Cycle of Periodic Reporting exercise which is currently being implemented in the region.

The workshop, hosted by the World Heritage Centre in close cooperation with the Arab Regional Centre for World Heritage (ARC-WH), was organized for the National Focal Points who were unable to attend the previous national focal points meeting in November.

The aim of the workshop was to familiarize national focal points of the Arab States Region with the Periodic Reporting processes and to provide them with the necessary tools and information so that they in turn can train their own site managers.

Over the course of the 2-day workshop, the participants from five Arab States (Kuwait, Libya, Mauriania, Qatar and Yemen) were introduced to the new developments in the Periodic Reporting questionnaire and discussed on the implementation of the regional reports and regional action plans. Two presentations were also made by Qatar on the World Heritage property of Al Zubarah Archealogical Site and by Mauritania on Banc d’Arguin. In the second part of the training, participants were divided into two subgroups and simulated the filling in of the section I (State Party-level) and section II (World Heritage property level) of the questionnaire. The exercise lead to a number of useful discussions and sharing of experience between the Focal Points of the region.

As a continuation of the enhancing synergies between UNESCO cultural conventions as recommended by the World Heritage Committee, this workshop meeting was also attended and showed the participation of the Secretariat of the 2003 Convention for the Safeguarding of Intangible Cultural Heritage, who are also engaging in the development of a similar Periodic Reporting model for their relevant convention.

Further meetings on Periodic Reporting, this time for World Heritage Site Managers in the region, are scheduled in Spring 2019.