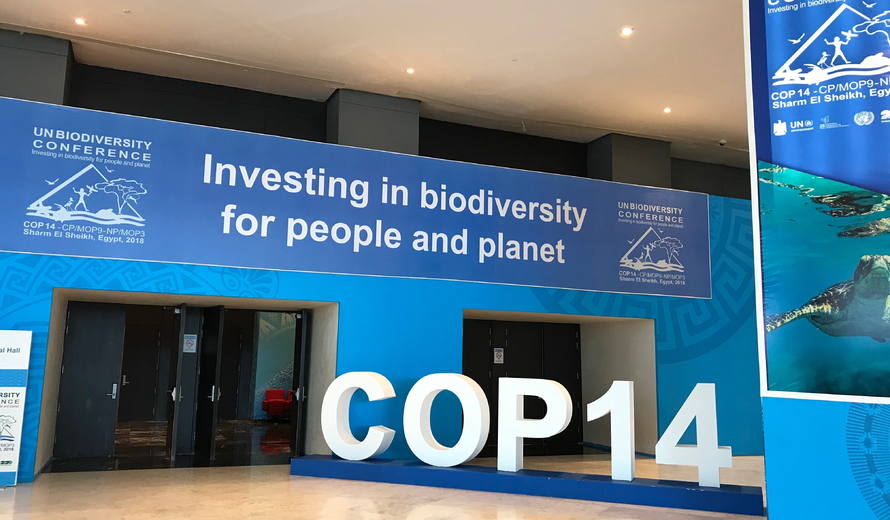 From 17 to 29 November 2018, the Fourteenth meeting of the Conference of the Parties to the Convention on Biological Diversity (CBD COP 14) was held in Sharm El-Sheikh, Egypt.


The meeting was an important milestone for the international community to see where we are in achieving global goals—such as the Strategic Plan for Biodiversity 2010-2020 and the 2030 Agenda for Sustainable Development—while reaffirming what is still needed for the post-2020 global biodiversity framework of “living in harmony with nature”.

At the Protected Areas Day of the Rio Pavilion on 21 November, the contribution of the UNESCO-designated sites including the World Heritage sites and biosphere reserves in achieving the Aichi Biodiversity Target 11 was acknowledged. The World Heritage Centre also joined the launch of the partnership for achieving the Aichi Biodiversity Target 11 initiated by the CBD Secretariat.

The COP provided an opportunity for the eight biodiversity-related conventions – members of the Liaison Group of Biodiversity-related Conventions (BLG) – to meet and speak in one voice. During the Working Group sessions, two joint statements were delivered on behalf of the BLG, highlighting with concrete examples enhanced synergies and cooperation among the members, while reiterating BLG’s engagement in elaborating the post-2020 global biodiversity framework.

The Nature and Culture Summit was organized on 22-23 November in parallel with the COP under the auspices of the Joint Programme of Work between the Convention on Biological Diversity and UNESCO on the Links between Biological and Cultural Diversity (2001-2020). Built upon the active engagement by more than 200 participants with diverse cultural backgrounds, the Summit was concluded with the Sharm El-Sheikh Declaration on Nature and Culture, which will lead to further dialogue on the establishment of a multi-partner International Alliance on Nature and Culture to be launched at the CBD COP 15 in Beijing, China in 2020.