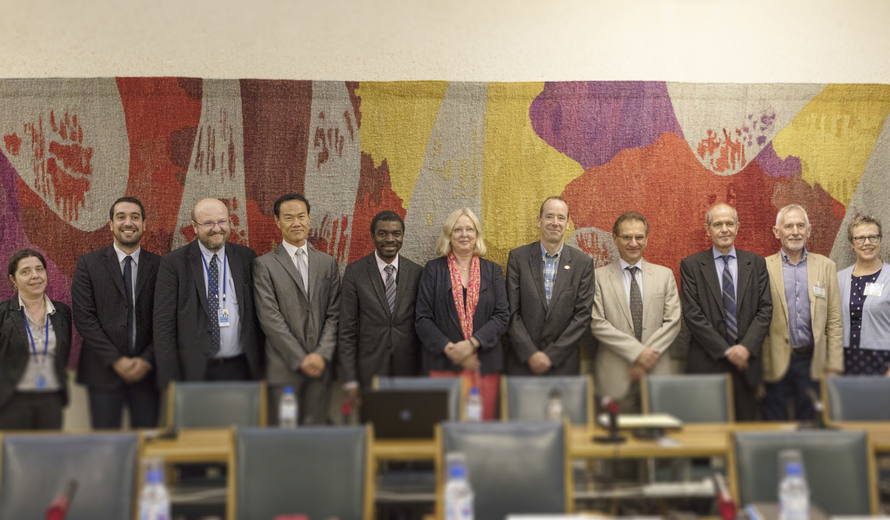 For the first time, on 18-19 September 2018, members of the Liaison Group of Biodiversity-related Conventions (BLG) met with the Culture Conventions Liaison Group (CCLG) at UNESCO Headquarters in Paris, France.

The occasion was the 13th meeting of the BLG, held to discuss ways to strengthen cooperation to fight against accelerating global biodiversity loss, especially in view of the post-2020 global biodiversity framework and the 2030 Agenda for Sustainable Development. The biodiversity-culture Convention exchange identified common areas of interest and opened up a new dialogue across nature and culture. This 13th meeting of the BLG was hosted by the UNESCO World Heritage Centre and chaired by its Director, Mechtild Rössler.

Building on previous discussions and a recent joint side event organized during the 2018 High-level Political Forum on Sustainable Development, the BLG considered how to ensure more effective implementation of different mandates related to biodiversity and communicate a stronger and more consolidated message to the world to further mainstream biodiversity issues. The group also agreed to widen its scope of cooperation to include other key partners, such as the Intergovernmental Platform on Biodiversity and Ecosystem Services (IPBES). UNESCO will be hosting its next plenary session in April-May 2019.

The meeting also served as a unique opportunity for BLG members to meet with UNESCO biodiversity-related programmes including Man and the Biosphere (MAB), Local and Indigenous Knowledge Systems (LINKS), Education for Sustainable Development (ESD), and the Intergovernmental Oceanographic Commission (IOC).