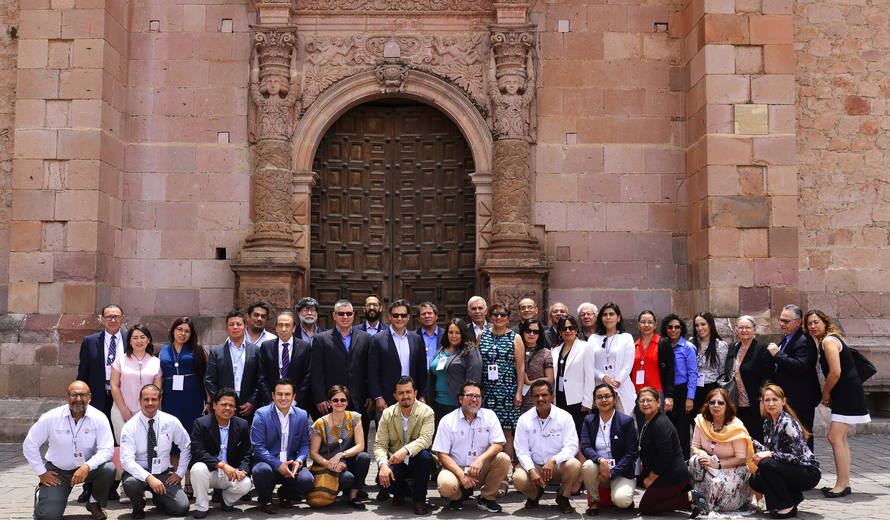 Following the regional strategy approved by the World Heritage Committee in Decision 38 COM 10B.4 (Doha, 2014), and contained in the regional Action Plan for World Heritage in Latin America and the Caribbean (PARALC), 2014-2024, a sub-regional meeting with the participation of Mexico and the countries of Central America was held in Zacatecas, Mexico. The objectives of the meeting were to reflect upon, analyze and debate the current challenges and opportunities in the implementation of the World Heritage Convention within the seven countries comprising the sub-region.

The result of this productive meeting was the Action Plan for World Heritage in Mexico and Central America (PAMAC), 2018-2023 adopted by the national focal points for World Heritage representing the seven countries of the sub-region. The national representatives sealed their commitment in a framework of sub-regional cooperation through in the signing of an Act of Conclusions and Commitments to guarantee the successful implementation of the Plan.

The PAMAC 2018-2023 will serve as a key reference to successfully carry out the priority actions defined by the States Parties to reach the six Expected Results. These results respond to the six objectives agreed upon, and which correspond to the following topics:

The Action Plan contains a Capacity-Building Strategy (EFCAMAC) and the Pilot Projects Programme (PPPMAC) as key tools to work towards the objectives and guide the application of the Plan. These tools were also analyzed and adopted by the participating countries. During the implementation of the Capacity-Building Strategy, the countries will receive important support from the Regional Institute for World Heritage in Zacatecas, Category 2 Centre under the auspices of UNESCO.

Following the adoption of the sub-regional Action Plans for South America and the Caribbean, the PAMAC 2018-2023 is the last link in the regional strategy to improve the implementation of the Convention in the LAC Region.