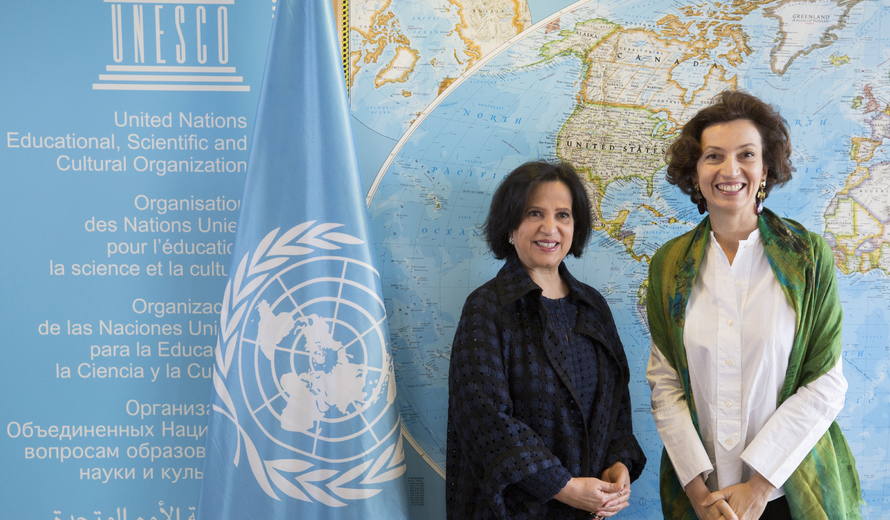 This will be the second time that Bahrain hosts the World Heritage Committee since 2011 when Shaikha Mai Chaired the 35th session at UNESCO Headquarters.

Shaikha Mai is the President of the Bahrain Authority for Culture and Antiquities. She is the founder of the Shaikh Ebrahim bin Mohammed Al Khalifa Center for Culture and Research and Chair of its Board of Trustees. Shaikha Mai previously held the position of Minister of Information and later that of Minister of Culture. Her commitment to, and engagement with, the World Heritage Committee is of long standing.

This year’s Committee will be chaired by Shaikha Haya Rashed Al Khalifa with Ms Anna E. Zeichner of Hungary serving as Rapporteur, Azerbaijan, and Brazil, China, Spain and Zimbabwe officiating as the five Vice-Chairs of the session.

Each year the World Heritage Committee brings together hundreds of government representatives and heritage experts from around the globe. They review the state of conservation of sites inscribed on UNESCO’s World Heritage List, currently 1,073, examine new nominations for inscription on the List and decide on other matters concerning the implementation of the World Heritage Convention and its programmes covering issues such as sustainable tourism and sustainable development.