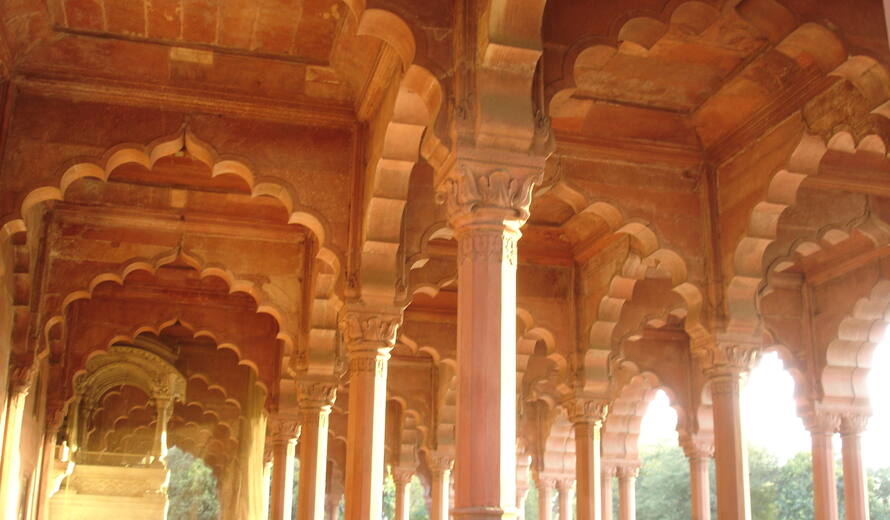 The ‘Delhi Declaration on Heritage and Democracy’ was adopted at the closing session of the ICOMOS 19th General Assembly in New Delhi, India, on 15th December 2017, at the Jawaharlal Nehru Stadium-Auditorium in New Delhi, India. The Delhi Declaration emphasized the understanding that people's perspective is central to heritage, and the General Assembly declared that ethical principles have to be developed for heritage. Cultural identities should not be compromised by uniform and insensitive planning. Collection and dissemination of information related to a heritage resource must be done in a transparent manner, using digital technologies by governments and institutions.

Within the framework of the ICOMOS General Assembly, the International Scientific Symposium on “Heritage & Democracy” (12-15 December) provided an opportunity for dialogue on important topics in the field of cultural heritage management, notably the “Nature/Culture Journey”, launched last year at the IUCN World Congress in Hawaii. This joint initiative by IUCN and ICOMOS, supported by the World Heritage Centre, promotes effective conservation by integrating nature and culture, which is also one of the key characteristics of the 1972 World Heritage Convention, and encourages heritage practitioners to rethink how natural and cultural heritage are interrelated, and how to build synergies across different fields and sectors. The 14 themes deliberated upon the Culture-Nature journey at the end of this 19th ICOMOS General Assembly by the multiple disciplines of practitioners, academia and policy makers showed the possibility to develop sustainable models to protect, conserve and manage natural and cultural heritage as well as develop policy and schemes for sustainable development. UNESCO representative Dr.  Mechtild Rössler, Director of the Heritage Division and the World Heritage Centre, together with the staffs of UNESCO World Heritage Centre and UNESCO Office in New Delhi participated in the Assembly and its various working groups and knowledge cafes, providing input from the UNESCO Secretariat on synergies between culture and nature, among the different UNESCO Conventions and Programmes, and on culture and sustainable development.