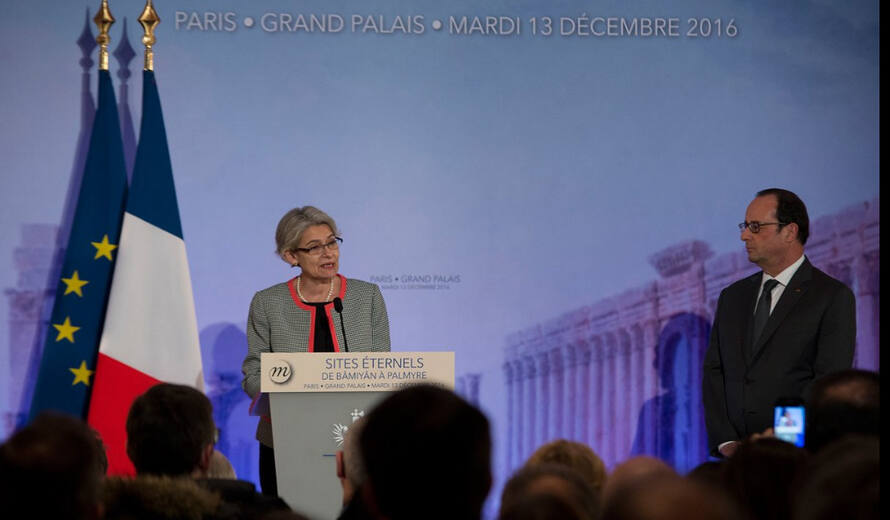 On 13 December, UNESCO Director-General, Irina Bokova participated, with the President of the French Republic, François Hollande, in the inauguration of the exhibition held at the Grand Palais devoted to Cultural Heritage in Conflict Situations, under the patronage of UNESCO.

The inauguration was marked by a visit to the exhibition and included speeches by Ms Sylvie Hubac, President of the “Réunion des Musées Nationaux”, Mr Jean Luc Martinez, President of the Louvre, in the presence of the Minister of Culture and Communication, Ms Audrey Azoulay.

"It is a terrible coincidence that at the moment when we inaugurate this exhibition, the heritage of the Middle East is threatened and destroyed, in Palmyra and Aleppo, at this very moment," said President François Hollande. "In the face of these horrors, our responsibility is to save lives and also to save the stones -- there is no choice to be made, because today both are destroyed,” he continued.

"Heritage, before being a building, is a consciousness and a responsibility. When violent extremism attacks culture and cultural diversity, it is also necessary to respond with culture, education, knowledge, to explain the meaning of sites and share the message of tolerance, openness and humanity that heritage carries," said the Director-General.

Irina Bokova recalled UNESCO's commitment to the protection of endangered heritage, calling for greater international mobilization for data sharing, capacity building and programme funding. France announced at the Abu Dhabi Conference the creation of a new International Fund for the Protection of the Heritage, whose objective is to mobilise 100 million euros. 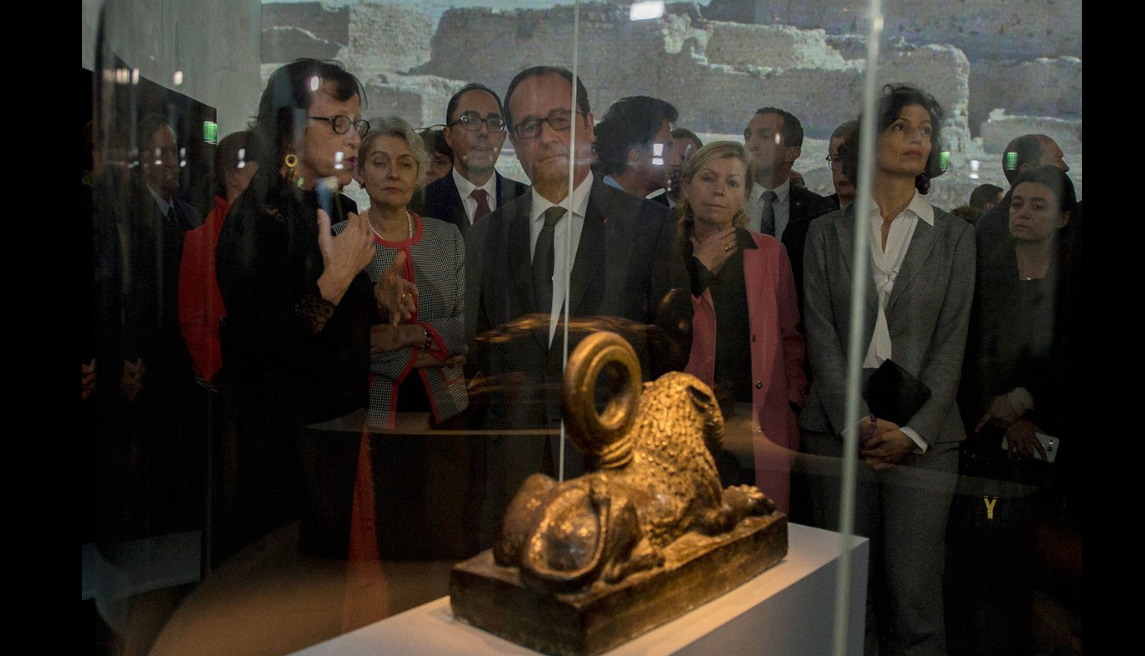 The exhibition "Eternal Sites" provides an immersion at the heart of four major endangered archaeological sites: the former capital of King Sargon at Khorsabad in Iraq, the site of Palmyra, the Krak des Chevaliers and the Umayyad Mosque in Damascus, Syria. This exploration is based on the work of 3D surveys by the company Iconem and presents monumental projections of the sites on the walls of the museum, offering the total immersion of the visitor and embellished with pieces of archeology.