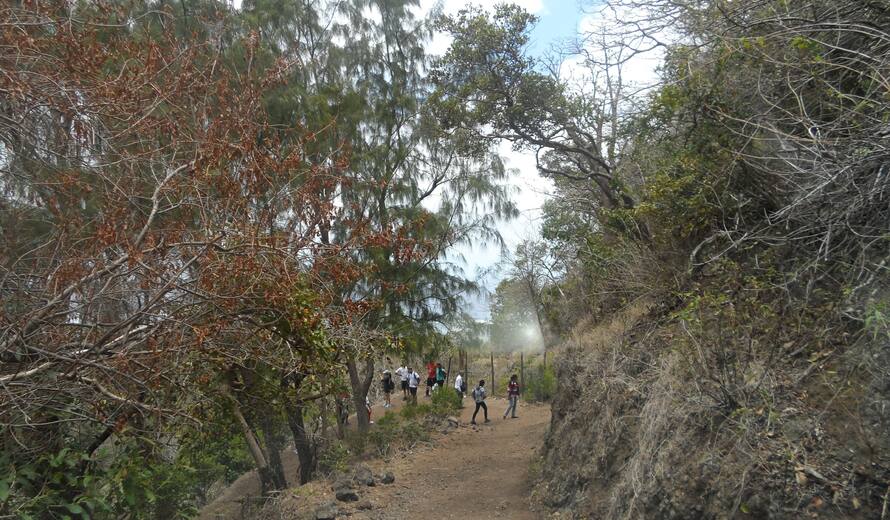 Inaccessible since its inscription on the UNESCO World Heritage List in 2008, the Le Morne Mountain, symbol of Maroons and resistance to slavery, opened its footpaths to the public in July 2016.

This new development comes as a follow-up to the recommendations of the Joint Reactive Monitoring Mission, carried out by the World Heritage Centre/ICOMOS in February 2016 and to the World Heritage Committee’s Decision 40 COM 7B.14, which noted the need to provide full access to the property to ensure more effective conservation and management.

According to the Director of the World Heritage Centre, Dr Mechtild Rössler, "this opening represents a major achievement towards increasing the enhancement and conservation of the site ." This was made possible thanks to the support of the Ministry of Arts and Culture of Mauritius and the Deputy Prime Minister, Mr Xavier-Luc Duval, who was present at the first ascent to the summit of the mountain.

Since the summit became accessible, the site has attracted more than 7,500 visitors, over 70% of which are Mauritians who claim a strong emotional attachment to the history and heritage of their country.

Le Morne Cultural Landscape is a rugged mountain that juts into the Indian Ocean in the southwest of Mauritius. It was used as a shelter by runaway slaves, maroons, through the 18th and early 19th centuries. Protected by the mountain’s isolated, wooded and almost inaccessible cliffs, the escaped slaves formed small settlements in caves and on the summit of Le Morne. The oral traditions associated with the maroons, have made Le Morne a symbol of the slaves’ fight for freedom, their suffering, and their sacrifice, all of which have relevance to the countries from which the slaves came - the African mainland, Madagascar, India, and South-east Asia. Indeed, Mauritius, an important stopover in the eastern slave trade, also came to be known as the “Maroon republic” because of the large number of escaped slaves who lived on Le Morne Mountain.