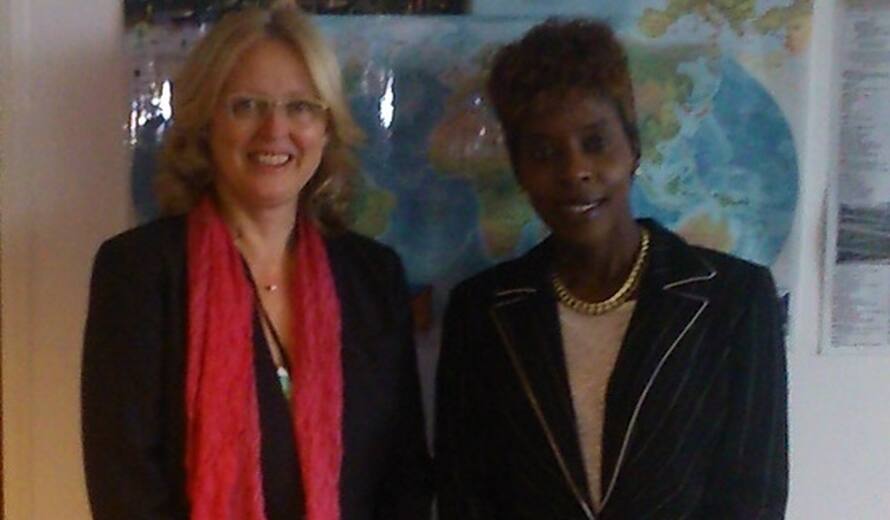 On 17 November 2015, the Director of the UNESCO World Heritage Centre, Mechtild Rössler and her team met with the Haitian Minister of Culture, Ms Dithny Joan RATON.

Discussions focused on strengthening cooperation in the field of World Heritage, including projects at the Citadel (of the National History Park – Citadel, Sans Souci, Ramiers World Heritage site) and the need to revise the country's Tentative List. Upstream support and advisory missions were also touched upon, as were critical issues related to the 2001 Convention on the Protection of the Underwater Cultural Heritage, including work on inventories in the northern part of the country. Haiti was strongly encouraged to ratify the 1954 Convention for the Protection of Cultural Property in the Event of Armed Conflict and the 1970 Convention on Illicit Trafficking of Cultural Property. Issues related to enhanced participation in the slave route projects and Scientific Committee were also discussed.