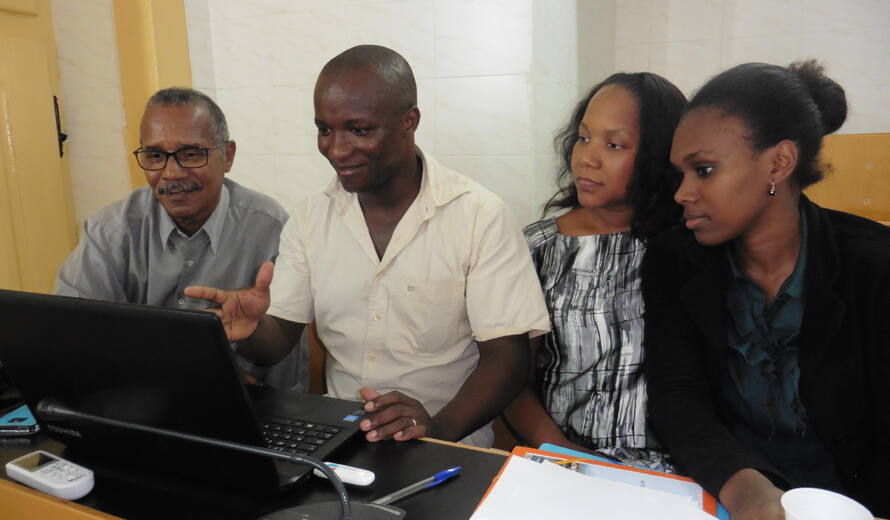 The first Cabo Verde’s Tentative List, submitted to the World Heritage Centre in 2004, included sites like Saline of Pedro Lume, the Plateau of the city of Praia, the Cova and Mountains of Ribeiras da Torre and do Paul, the city of Sao Filipe, Tarrafal concentration camp and Cidade Velha. Since then, Cabo Verde has made a big step in the promotion and preservation of its heritage by inscribing Cidade Velha on the UNESCO World Heritage List in 2009.

Guiomar Alonso Cano, Chief of the Culture Unit at the Regional Office of UNESCO in Dakar, congratulated Cabo Verde for its commitment to heritage, being the first PALOP country to update its Tentative List.

With the support of the UNESCO World Heritage Fund, the Institute of Cultural Heritage (IPC) launched in February 2015 the process to update the List. A multidisciplinary team has been working closely with the National Direction of Environment, site managers, heritage practitioners and local authorities. Several field missions were carried out to assess the state of conservation and management of the sites as well as collecting new information. Cabo Verde has received the support from Anna Giannecchini (IPHAN, Brazil), Heritage expert on Nomination and Tentative Lists portfolios. http://www.rtc.cv/index.php?paginas=13&id_cod=44452 http://www.rtc.cv/index.php?paginas=45&id_cod=44453

According to Guiomar Alonso Cano, "this initiative expands options for the future and opens up the possibility for Cabo Verde to prepare new candidatures for natural sites, of which the country is so rich and holds magnificent treasures ‘” A final workshop was held at the National Archive and chaired by Mr. Humberto Lima, President of the IPC, who stated that "the submission of the revised Tentative List is an opportunity for the Cabo Verde to strengthen the management and conservation of its natural and cultural sites". It is also “an indicator of the importance of our heritage and how it triggers pride of the communities”. He also recalled the crucial importance of preserving this heritage for future generations.

The new updated List will be submitted to the UNESCO World Heritage Centre before the end of this year. Then Cabo Verde may consider a future nomination to the World Heritage List.

For more information about the Tentative Lists: https://whc.unesco.org/en/tentativelists/