Bhutan 2015: Workshop and Forum on the Cultural Landscape and Sustaining its Significance 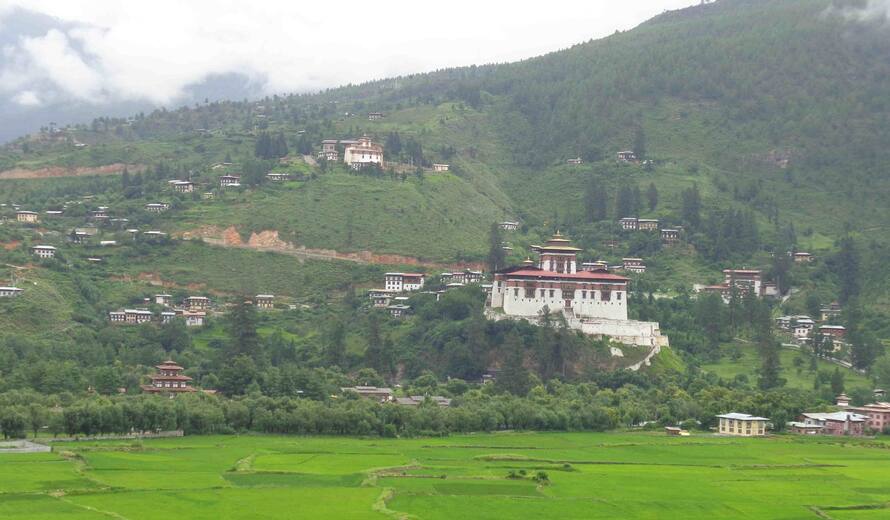 UNESCO World Heritage Centre and UNESCO New Delhi Office, in close collaboration with the Department of Culture of the Royal Government of Bhutan, held the 2015 Bhutan Workshop and Forum on Cultural Landscape and Sustaining its Significance (22 July to 7 August 2015). This activity was financially supported by the NGO Oriental Cultural Heritage Sites Protection Alliance (Paris, France) and Kyushu University (Fukuoka, Japan).

Following the 2014 International Competition of Cultural Landscape of Bhutan, the 2015 workshop invited young professionals from Bhutan, China, Cyprus, France, India, Japan and Serbia to conduct a study of a village in Haa District of Bhutan between 22 July and 4 August 2015, to identify and analyze various elements that constitute the cultural landscape of the village such as architecture, settlement, natural environment, community and peoples’ lifestyle. The result of the study was presented on 5 August 2015 to a panel of experts comprised of senior government officials and international heritage experts as well as representative of the UNESCO World Heritage Centre. The workshop was concluded with a public forum on 7 August 2015 in the Thimphu Convention Centre, Bhutan, where international experts and Bhutanese senior officials shared their views on the cultural landscape and its sustenance. The Forum invited the Foreign Affairs Minister and the Minister for Home and Cultural Affairs of Bhutan as their guests. The forum also demonstrated the importance of sustaining cultural landscapes in Bhutan as a source of identity for the Bhutanese people to the Bhutanese Ministers; Secretaries of related Ministries; National Assembly members and National Council members who were in the audience.

The Government of Bhutan is introducing a new law for the holistic protection of heritage sites, and the Department of Culture's Ministry of Home and Cultural Affairs initiated in 2014 a public awareness-raising campaign and expert discussion on the cultural landscape and how to translate this concept into a concrete heritage management plan.

The key objectives of this UNESCO-supported cultural landscape program in Bhutan are to raise awareness regarding the importance of safeguarding cultural landscapes as well as providing technical assistance among the concerned authorities in Bhutan. As a result, this program has contributed the following areas:

Bhutan’s uniqueness lies in its cultural landscape where heritage sites coexist harmoniously with nature bearing witness to the distinctive history, wisdom and custom of the people of Bhutan.  (…) thus heritage sites should be protected with the understanding of its association with natural settings and living traditions in such a manner as to respect the cultural landscape
extract from the Preamble of  the draft Heritage Sites Bill of Bhutan.