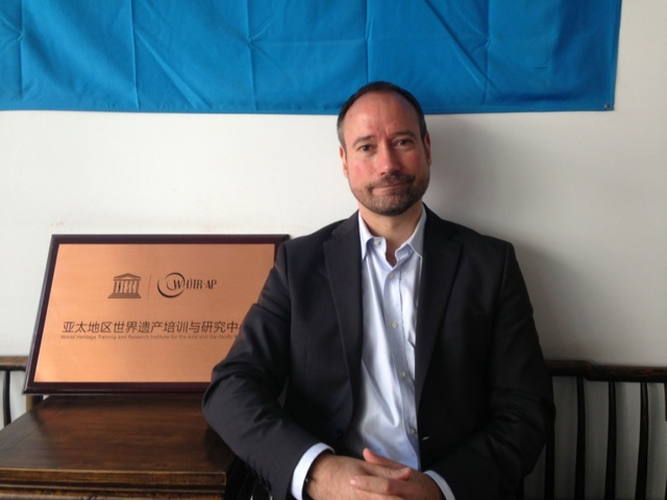 Ron was a brilliant professional in the field of heritage. He had a wealth of academic experience in teaching and research, including as a Research Fellow at Delft University of Technology.

His passion and rich experience contributed to the successful development and coordination of several World Heritage related thematic programmes, among which the Programme on Modern Heritage, the World Heritage Programme for Small Island Developing States (SIDS), and the World Heritage Cities Programme. He also spearheaded the international effort to develop new guidelines for urban conservation. The UNESCO Recommendation on the Historic Urban Landscape (2011) was developed and adopted thanks to his initiative, commitment and persistence. He advocated with conviction and enthusiasm its application worldwide.

His numerous publications in the field of urban heritage will continue to serve for many heritage professionals as a valuable reference.

Ron loved working in the field with projects and people, and travelling from the most urbanized cities to the most remote islands.

The World Heritage Centre expresses its deepest condolences to Ron’s spouse, family, friends and colleagues. Ron will be sorely missed.

The Dutch Ministry of Education, Culture and Science and the Permanent Delegation of the Kingdom of the Netherlands join the World Heritage Centre in presenting their heartfelt sympathies and condolences to the family, friends and colleagues of Ron van Oers, a highly esteemed and appreciated colleague for the Netherlands’ World Heritage programme at UNESCO.