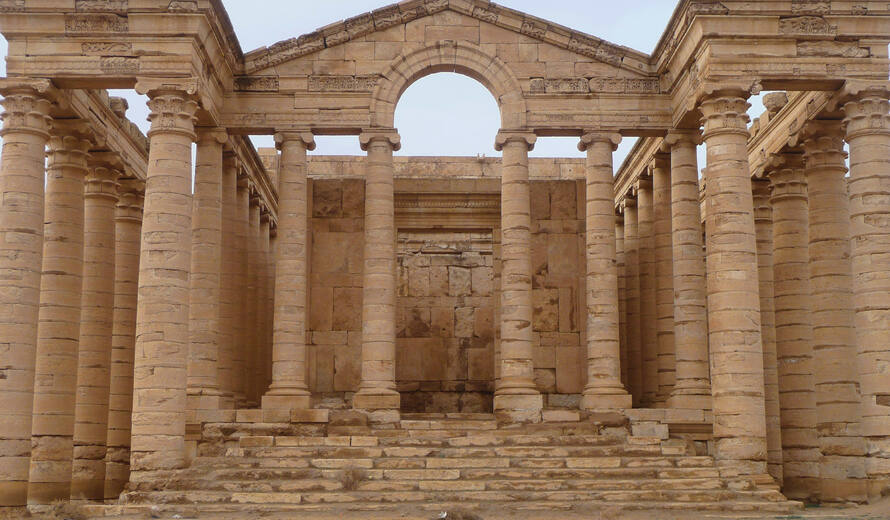 Since the beginning of the conflict in Iraq, in addition to the tragic loss of human life and the humanitarian crisis associated to the persecution of cultural and religious minorities, cultural heritage has been the target of intentional destruction. The goal has clearly been to erase the history of the country along with the identities and diversity of its people.

UNESCO Director-General Irina Bokova has repeatedly voiced her shock and outrage over these attacks, which she has denounced as war crimes. She reached out to the UN Security Council, alerted the International Criminal Court, and informed the UN Secretary-General about UNESCO’s action in convening a broad coalition of partners to develop a strong system-wide response for the effective implementation of UN resolution 2199. Adopted on 12 February 2015, it condemns the destruction of cultural heritage and adopts legally-binding measures to counter illicit trafficking of antiquities and cultural objects from Iraq and Syria.

After a video released on 26 February 2015 showed the shocking destruction of collections in the Mosul Museum by extremist groups, the Director-General requested a UN Security Council emergency meeting. “The systematic destruction of iconic components of Iraq’s rich and diverse heritage that we have been witnessing over the past months is intolerable and it must stop immediately,” she stated.

As the second largest museum in Iraq, the Mosul Museum is home to hundreds of artefacts of Assyrian origin, some dating back 3,000 years. In 2003, some 1,500 objects were relocated to the Iraqi Museum in Baghdad for safekeeping, while other statues - too large or too fragile - stayed. One of these was the Lamassu, an Assyrian god with a human head, bull’s body and wings. It stood as the guardian of the Nergal Gate in the city of Nineveh, once the world’s largest capital.

On 5 March, in response to confirmed reports of the bulldozing of the city of Nimrud, the Director-General “alerted the president of the Security Council as well as the Prosecutor of the International Criminal Court.” She urged the international community to “join its efforts, in solidarity with the government and people of Iraq, to put an end to this catastrophe”. The deliberate destruction of cultural heritage is a war crime, as clearly stated in the Rome Statute of the International Criminal Court.

Founded during the 13th century BC, the city of Nimrud was considered as the second capital of the Assyrian Empire. The city, which was constructed high above the river level, gained fame and flourished during the reign of King Ashurnasirpal, who built a large palace and temples and whose son built the monument known as the Great Ziggurat. Excavations in the 1980’s revealed three royal tombs with marvelous treasures, with frescos and works celebrated around the world and revered in literature and sacred texts.

A large fortified city dating back to the 3rd century BC, Hatra started as a small Assyrian settlement which went on to become a fortress and trading centre. Its remains, in the middle of the desert 110km south-west of Mosul, attest to its role as a major staging-post on the famous oriental Silk Road. In the very centre of the 2km-city is a temple complex dedicated to several Hatrene gods, the chief of which was the Sun god, Shamash. Sculptures have been discovered to Apollo (Balmarin in the Hatrene religion), Poseidon, Eros, Hermes, Tyche (goddess of luck, guardian of Hatra) and Fortuna. The Romans tried several times to invade “The City of the Sun God”, but were unsuccessful in their endeavors. Just as Palmyra in Syria, Petra in Jordan, and Baalbek in Lebanon, Hatra is another one of the great Arab cities and was inscribed on the World Heritage List in 1985.

The international community has rallied together, with UNESCO, to denounce the dangerous phenomenon of cultural cleansing under way.  On 6 March, the Egyptian Islamic Institute Al-Azhar issued a fatwa forbidding the destruction of ancient artefacts. “These artefacts have important cultural and historical significance,” Al-Azhar said in an official statement. “They are an important part of our collective legacy that must not be harmed.” Similarly, the top Iraqi Cleric Ayatollah Sistani denounced the destruction of the ancient sites: “With Daesh destroying Mosul's treasures and the heritage of civilization, this should make all united against it for its barbarism.”