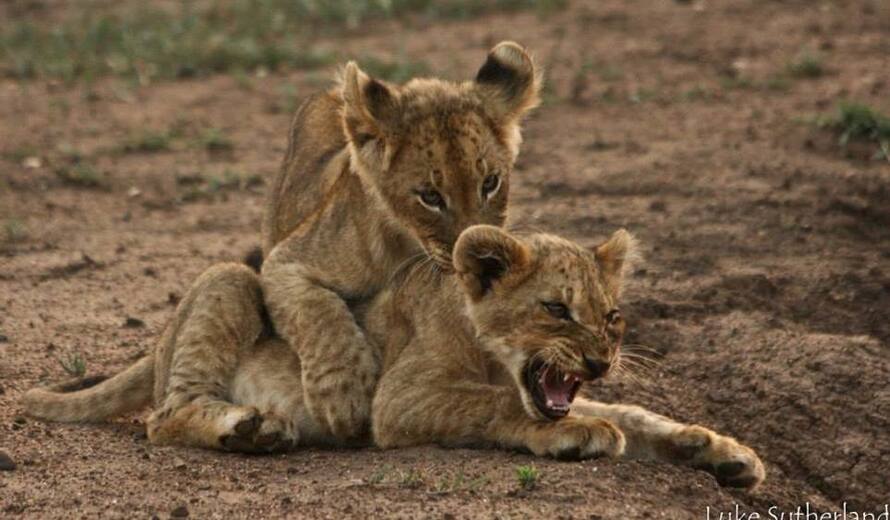 "It is time to get serious about wildlife crime"

This year’s theme for World Wildlife Day is right in line with one of the key goals of the World Heritage Convention: protecting sites which are home to threatened plant and animal species.

These invaluable sites are threatened more than ever, and illegal human activities such as poaching and illegal logging are some of the most worrisome.  There has been an increasing poaching pressure, due to a growing illicit trade, particularly affecting African elephants and rhinoceroses. In 2014, significant losses were reported in the populations of these species in a number of World Heritage sites, including a dramatic decline of over 80% of the elephant population in Selous Game Reserve (Tanzania) since 2005.  Illegal logging of precious timber species is also an issue: a resumption of illegal logging of rosewood (Dalbergia sp.) was reported in 2014 in some parts of the Rainforests of the Atsinanana (Madagascar), and illegal logging of Siamese rosewood (D. cochinchinensis) in Dong Phayayen-Khao Yai Forest Complex (Thailand) was reported as escalating both in intensity and violence. In 2014, poaching, illegal logging and other wildlife crimes represented a clear threat to over 50% of the natural properties examined by the World Heritage Committee at its 38th session (Doha, 2014).

World Wildlife Day is celebrated on March 3rd, the date that the Convention on International Trade in Endangered Species of Wild Fauna and Flora (CITES) was adopted in 1973. The goal of World Wildlife Day is to celebrate the many beautiful and varied forms of wild fauna and flora; recall the privileged interactions between wildlife and populations across the globe; and raise awareness of the urgent need to step up the fight against wildlife crime, which has wide-ranging economic, environmental and social impacts.

For many years, the Secretariat of CITES and UNESCO have joined their efforts to fight wildlife crimes, with the full support of the World Heritage Committee. Indeed, in 2014, it reiterated its request to the World Heritage Centre and IUCN to strengthen their cooperation with the Secretariat of the CITES, and also called upon the States Parties to the World Heritage Convention which are transit and destination countries for ivory and rhino horn, to support the States Parties concerned to halt the illegal trade in wildlife and its derivatives, in particular through the implementation of the CITES.

At its forthcoming 39th session (Bonn, Germany, 28 June – 8 July 2015), the World Heritage Committee will again examine the state of conservation of a number of natural World heritage properties threatened by wildlife crimes and will adopt the relevant decisions to ensure that the sites home to some of the most emblematic and threatened wildlife species are fully preserved.

Issues emerging from the 2014 state of conservation reports

3. Noting with regret that issues related to Management Plan / System remain a serious cause for concern, requests all States Parties to ensure that all World Heritage properties are managed in such a manner that their Outstanding Universal Value (OUV) is not put at risk and, whenever necessary, develop/update and fully implement Management Plans or Systems;
4. Taking note of the benefits to States Parties of systematically utilizing Heritage and Environmental Impact Assessments in the review of development projects, recommends that States Parties use these tools in assessing projects before they reach a point where the World Heritage reactive monitoring process comes into play;
5. Also noting that tourism development in and around World Heritage properties is a key issue for their management, strongly encourages States Parties to ensure sustainable planning and management of tourism at World Heritage properties and to contribute to the implementation of the World Heritage Centre’s World Heritage and Sustainable Tourism Programme;
6. Reiterating its utmost concern about the continued impacts on World Heritage properties due to the rising pressure from poaching, particularly of elephant, rhinoceros, and valuable timber species, linked to a growing illicit trade, and the increasing involvement of organized crime in this lucrative business, reiterates its request to the World Heritage Centre and IUCN to strengthen their cooperation with the Secretariat of the Convention on International Trade in Endangered Species (CITES) to assist States Parties to implement the measures taken by the 16th Conference of the Parties of the CITES, and urges States Parties to ensure strong international collaboration and coordination to control the illicit trade in flora and fauna and their products;
7. Takes note with concern of the continuing threat posed to World Heritage properties by disasters and conflicts, of the widespread lack of adequate preparedness, and of the need to integrate a concern for heritage within international policies and programmes for disaster risk reduction, and calls on States Parties to ensure that their delegations to the 3rd World Conference on Disaster Risk Reduction (WCDRR), due to take place in March 2015 in Sendai (Japan), are sensitized to this question and promote heritage as an essential consideration in disaster risk reduction;
8. Also requests that States Parties with an interest in the promotion of capacity building on the issues of management, impact assessments, disaster risk management, sustainable tourism management, and poaching and wildlife crimes to liaise with the Advisory Bodies, World Heritage Centre, and UNESCO Category 2 Centres, and support regional or international courses, workshops, and other capacity building activities to improve the capacity of States Parties and site managers to develop and implement these important planning instruments;

9. Welcomes the commitment made by TOTAL in June 2013 not to explore or exploit oil or gas inside sites inscribed on the World Heritage List as well as the new policy on World Heritage Sites adopted by the investment bank HSBC not to knowingly provide financial services to support projects which threaten the special characteristics of World Heritage properties and, also taking note of the discussions held between the World Heritage Centre, IUCN and International Petroleum Industry Environmental Conservation Association (IPIECA), calls on other companies in extractive industries and investment banks to follow these examples to further extend the “No go” commitment;
10. Also welcomes the progress in the dialogue between the World Heritage Centre, the Advisory Bodies and the International Olympic Committee (IOC) and encourages the development of a mechanism that would allow to identify potential impacts of future Olympic Games on World Heritage properties early on in the process of attributing the Games in order to ensure that these impacts can be avoided or adequately mitigated by the organizing country;