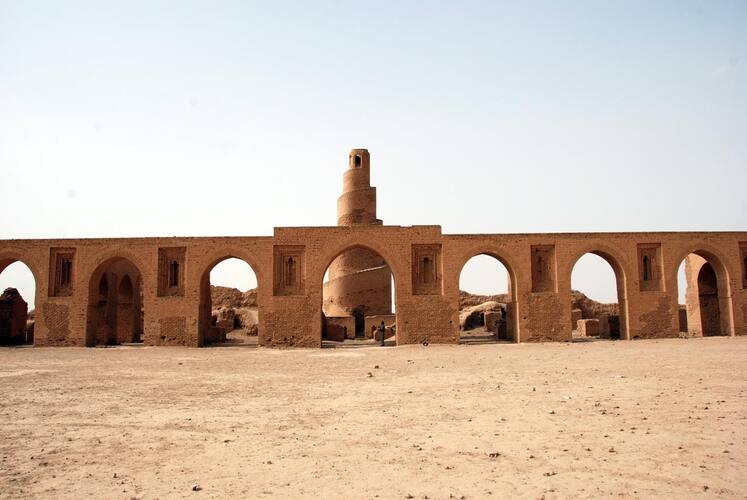 With the severe deterioration of the humanitarian and security situation in Iraq, UNESCO has established an Emergency Response Action Plan (ERAP) to address the challenges to safeguarding Iraq’s cultural heritage. The plan was set up at an emergency expert meeting held at UNESCO’s Paris Headquarters on 17 July 2014, which brought together experts from both Iraq and the international community to develop action to mitigate the negative impact of the present conflict.

In addition, an international meeting organized by the French and Iraqi delegations to UNESCO was held at Headquarters on 29 September 2014 to investigate ways of protecting Iraq’s cultural heritage in danger.

The World Heritage sites of Ashur (Qal’at Sherqat), Hatra, and Samarra Archaeological City, three of Iraq’s four properties inscribed on the World Heritage List, are located in highly volatile conflict areas, where looting and ultimately the illicit traffic of cultural property has become a growing concern. Ashur and Samarra were included on the List of World Heritage in Danger in 2003 and 2007 respectively.

ERAP will first concentrate on alerting the international community and the Iraqi general public to the effects of armed conflict on cultural heritage. While there are no statistics on illicit trafficking in Iraq, there are fears that many statues, manuscripts and other objects have already fallen into the hands of a few unscrupulous art dealers.

A ban on trafficking in Iraqi cultural objects was adopted by the United Nations Security Council Resolution 1483 in 2003 and is still in effect. UNESCO Director-General Irina Bokova has warned that ‘Islamic, Christian, Kurdish and Jewish heritage … is being intentionally destroyed or attacked in what is clearly a form of cultural cleansing’.

Under ERAP, relevant parties, including customs and police at border crossings, Interpol, the World Customs Organization and auction houses will be alerted and informed about the possibility of illicit trafficking of Iraqi cultural property, as well as the specific measures needed to prevent such acts.

ERAP will also engage with international and national humanitarian relief stakeholders that have access to the areas concerned by the risk of looting and damage to cultural heritage in order to obtain rapid assessment and reporting on the safeguarding of sites.

The emergency plan is to put into action a monitoring mechanism to ensure that information concerning threats to sites and museums is communicated. Existing inventories are to be updated and digitized where necessary.

The plan will also provide technical assistance and training to Iraqi institutions in order to deal with the current crisis. Emergency measures could be put into place for the temporary relocation of cultural objects, including library collections and manuscripts.

Damage assessment under ERAP will involve the collection of information on damage, looting and destruction incurred by tangible heritage, including sites, monuments and historic buildings, as well as the rupture in intangible heritage.

The plan will be carried out by the UNESCO Office for Iraq in close collaboration with the Iraqi professionals in charge of cultural heritage protection, the UNESCO Culture Sector at Headquarters and other institutional partners and experts. In order to prevent illicit trafficking of cultural property, ERAP will also involve the countries bordering Iraq. At the request of France and Iraq, UNESCO’s Executive Board discussed the protection of Iraqi heritage during its 195th session last October.