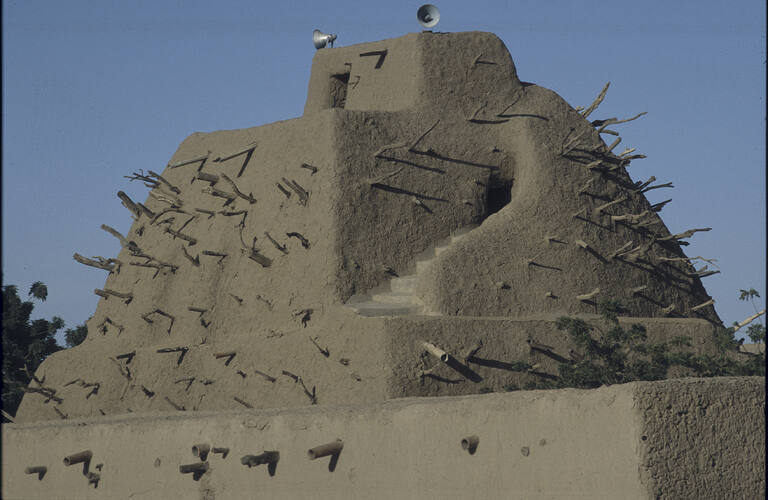 UNESCO, Malian and international experts have completed the first assessment of damage to cultural heritage in Gao, following the occupation by armed groups of parts of northern Mali. Their work addressed both sites and the cultural practices of local people.

“Urgent measures are required to safeguard the Tomb of Askia World Heritage site before the next rainy season in June,” said Lazare Eloundou Assomo, Director of UNESCO’s Office in Bamako, who took part in the mission.

“Concerning Gao’s heritage, we must address the trauma experienced by the local population following violent attempts by the armed extremists to destroy their cultural identity and practices, including traditional music. We must heal these wounds to pave the way for reconciliation and lasting peace in the region,” Eloundou Assomo concluded.

Other participants in the mission to Gao included: Lassana Cissé, head of Mali’s heritage department; Alain Crédeville, of the French Embassy in Bamako; and Sophie Ravier, head of the culture and environment unit of the United Nations Multidimensional Integrated Stabilization Mission in Mali (MINUSMA)1, which facilitated this first assessment with transportation and security. 1

During the visit, the experts found that the local community had carried out work to repair the Tomb of Askia, to avoid further deterioration of the 15th century earthen monument. Young people of the town of Gao also took the risk of defending the site during the occupation, preventing the extremists from damaging it in the way they damaged World Heritage sites in Timbuktu.

Despite community efforts, the experts found that the mosque’s prayer rooms require major conservation work before the next rainy season, to prevent further deterioration.

The experts also found that other cultural sites in Gao have deteriorated. Ninety percent of the archaeological site of Gao Saneye, which dates back to the 11th century, had been pillaged by the extremists. The newly built Sahel Museum, to which collections were to be transferred in March 2012, was used by the extremists as a residence for nearly one year, leading to the loss of equipment. This situation must be remedied before the collections can be transferred.

Collections housed in the old building of the Sahel Museum, including the Tuareg Imzad string instrument, whose practice was recently inscribed on UNESCO’s Representative List of the Intangible Cultural Heritage of Humanity, were preserved in hiding by the museum’s curator and staff.

During extensive consultations with local community representatives, the mission heard of the difficulties endured by the inhabitants, especially cultural groups, musicians and dancers, who saw their instruments burned and their equipment and costumes destroyed. The Takamba, a popular Songhoy dance, as well as the Holey-Orey, the dance of the possessed, were prohibited. Women were forced to cut their traditional braids and stop wearing traditional ethnic costumes. The House of Artisans was vandalized, leaving artisans without sources of income.

UNESCO and the Malian authorities will now work together to produce a complete needs assessment of the cultural heritage of Gao and take measures to safeguard that heritage.