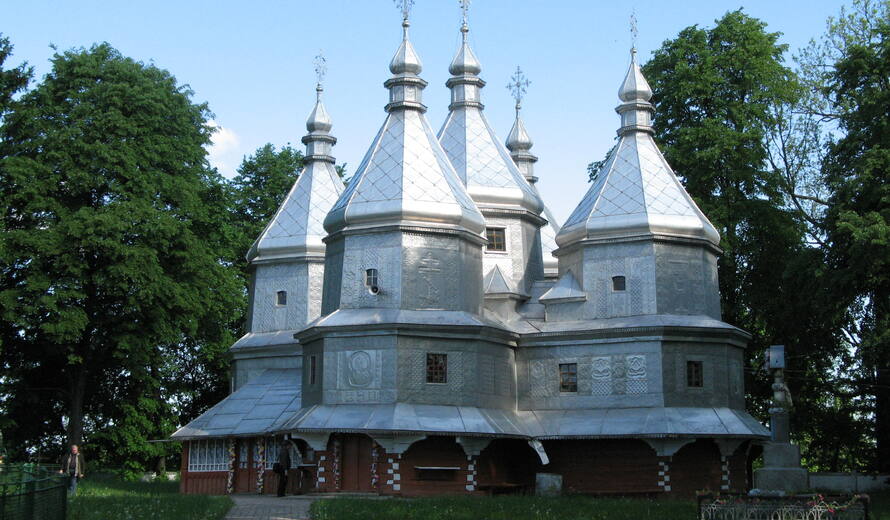 Wooden Tserkvas of the Carpathian Region in Poland and Ukraine © National Heritage Board of Poland / M. Czuba

The World Heritage Committee today inscribed two new cultural World Heritage sites, one in India and the other astride the border of Poland and Ukraine.

Wooden Tserkvas of the Carpathian Region in Poland and Ukraine

Situated in the eastern fringe of eastern Europe, the transnational property numbers a selection of 16 tserkvas, churches, built of horizontal wooden logs between the 16th and 19th centuries by communities of the Eastern Orthodox and Greek Catholic faiths. They represent the cultural expression of four ethnographic groups and the formal, decorative and technical characteristics they developed over time. The tserkvas bear testimony to a distinct building tradition rooted in Orthodox ecclesiastic design interwoven with elements of local tradition, and symbolic references to their communities’ cosmogony. The tserkvas are built on a tri-partite plan surmounted by open quadrilateral or octagonal domes and cupolas. They feature wooden bell towers, iconostasis screens, and interior polychrome decorations as well as churchyards, gatehouses and graveyards.