Solemn appeals for the preservation of the heritage of humanity and colourful cultural performances marked the opening of the 37th session of the World Heritage Committee in Phnom Penh on 16 June.

The opening ceremony was marked by the moving return to Cambodia of two major art treasures of the 10th century by Emily K. Rafferty, President of the New York Metropolitan Museum of Art (USA). The statues, brought back to Cambodia on 11 June were handed over to Prime Minister Samdech Techo Hun Sen, who stressed the central role of heritage preservation in national reconstruction and economic development.

UNESCO Director-General Irina Bokova said: “We are all encouraged by the historic voluntary restitution of two important Khmer Pandava statues by the Metropolitan Museum of New York to the people of Cambodia. This restitution is an expression of strong ethical and moral behaviour that provides an example of good practice to other museums and collectors […] UNESCO is honoured to have contributed to this restitution, which is, I believe, a move towards greater respect and mutual understanding.” 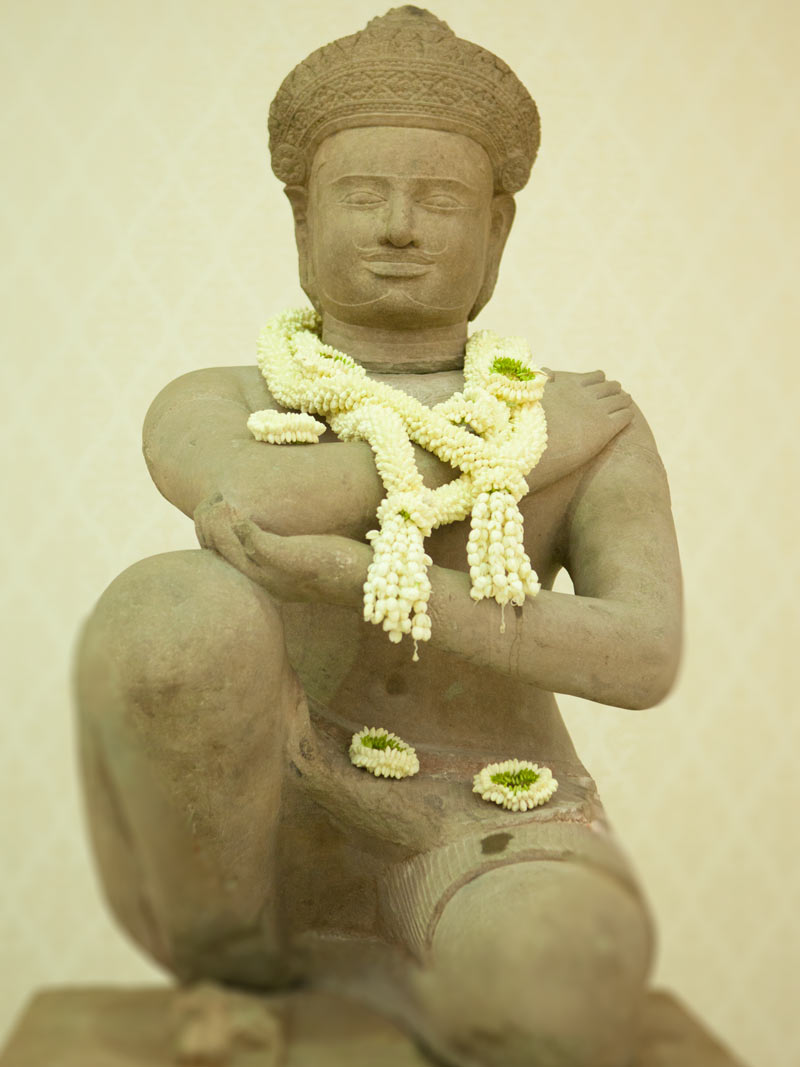 The opening of the session was a celebration of cultural heritage, notably that of Cambodia whose World Heritage site of Angkor is a world famous icon. The Director-General of UNESCO spoke of the success of international cooperation in safeguarding the site saying that “Angkor stands, indeed, as testimony to the power of solidarity and political will. We need the same leadership today, to protect cultural heritage under attack in regions across the globe -- in Mali, in Syria, in Central African Republic and elsewhere.”

Deputy Prime Minister, Sok An, Chairperson of the World Heritage Committee was a key speaker at the opening of the session and he insisted on the need to preserve the “universal dimension of the Committee’s work.”

He voiced concern for the Committee’s ability to continue its important work under current financial restrictions and launched a strong appeal on States Parties to the World Heritage Convention to find the resources needed.

Alissandra Cummins, Chairperson of UNESCO’s Executive Board, and Katalin Bogyay, President of UNESCO’s General Conference also took part in the opening ceremony of the World Heritage session which is bringing together some 1,400 delegates from 121 countries, and a press corps of more than 550 from 17 countries.

The opening marked the beginning of a 12-day session that will be devoted not just to the inscription of new sites on the World Heritage List, but also to a review of the conservation of properties already on the List. Particular attention will be paid to the World Heritage sites of Mali that were severely damaged during the occupation of the northern part of the country last year and earlier this year, and to the sites of the Syrian Arab Republic that are also prey to damage from strife.

The Malian World Heritage sites will also be the focus of attention during the Annual African Ministers’ Roundtable on World Heritage scheduled for 17 June. Nine culture ministers are to take part in the event, including Bruno Maiga, Culture Minister of Mali.