The List Levoča, Spišský Hrad and the Associated ...
Print

Spišský Hrad has one of the largest ensembles of 13th and 14th century military, political and religious buildings in eastern Europe, and its Romanesque and Gothic architecture has remained remarkably intact.

The extended site features the addition of the historic town-centre of Levoča founded in the 13th and 14th centuries within fortifications. Most of the site has been preserved and it includes the 14th century church of St James with its ten alters of the 15th and 16th centuries, a remarkable collection of polychrome works in the Late Gothic style, including an 18.6 metre high alterpiece by completed around 1510 by Master Paul. 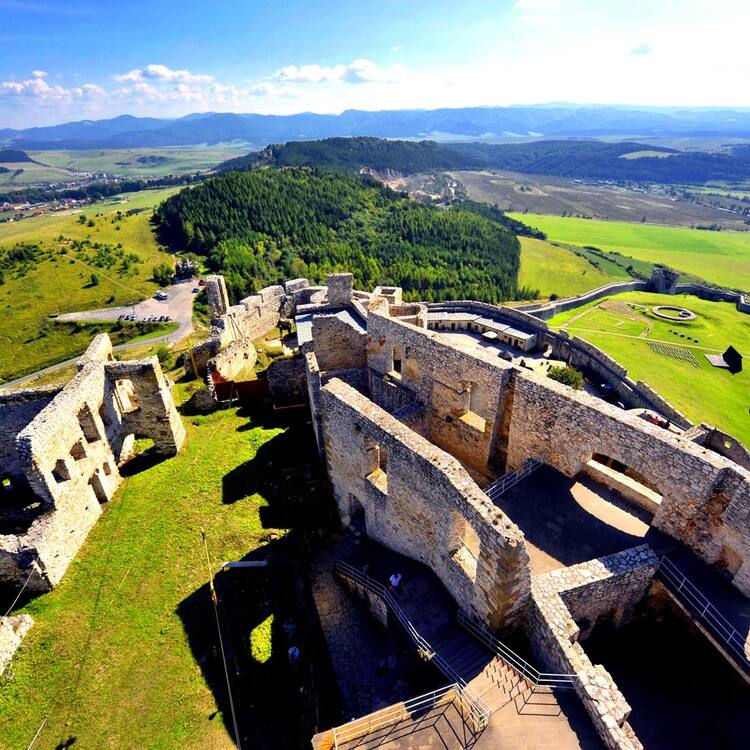 The castle of Spišský Hrad, the town of Levoča, the associated sites in Spišské Podhradie, Spišská, Kapitula, and Žehra constitute a remarkable group of military, urban, political, and religious elements, of a type that was relatively common in medieval Europe, but of which almost none have survived in such a complete condition with equivalent integrity. Levoča, Spišský Hrad, and the associated cultural monuments is one of the most extensive groups of military, urban, and religious buildings from the late Middle Ages and early Renaissance in Eastern Europe, the Romanesque and Gothic architecture of which has remained remarkably intact in Spišský Hrad, Spišské Podhradie, Spišská, Kapitula, and Žehra, together with the urban plan of Levoča. It is a group belonging to the same Saxon colonial settlement in the Middle Ages, of which it illustrates the material and cultural successes. It testifies to its role as a political, religious, and cultural centre of the first order over a long time-span in Eastern Europe.

Criterion (iv): Levoča, Spišský Hrad and the associated cultural monuments of Spišské Podhradie, Spišska Kapitula, and Zehra, extended to Levoča and the works of Master Paul in Spiš, constitute an outstanding example of a remarkably well preserved and authentic group of buildings which is characteristic of medieval settlement in Eastern Europe, in its military, political, religious, mercantile, and cultural functions.

The Romanesque and Gothic architecture of Spišský Hrad and its associated cultural monuments, one of the most extensive groups of 13th and 14th century military, political, and religious buildings in Eastern Europe, has remained remarkably intact. The degree of authenticity of the property is satisfactory. Special attention should, however, be given to the quality of the maintenance and restoration work on the private buildings of Levoča.