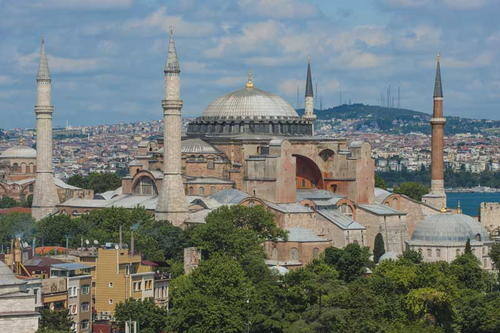 The “International Conference on the Seismic Performance of Traditional Buildings” was held in Istanbul, Turkey from 16 to 18 November 2000, under the patronage of UNESCO, ICOMOS and Turkey’s Ministry of Culture. It was organized by ICOMOS’ International Wood Committee with the support of UNESCO in the framework of the France-UNESCO Cooperation Agreement, and the Kress Foundation in New York City (United States of America).

Experts including architects, building engineers and representatives of consulting firms from over 20 different countries examined wooden structures and the use of masonry, as well as the use of traditional materials such as earth, in conjunction, or as a substitute for steel, reinforced concrete and modern techniques. Various interventions have confirmed that historic buildings are more resistant to earthquakes in comparison to modern buildings.

The challenge to better understand traditional materials and structures is twofold. It is, firstly, to expand our general knowledge on seismic resistance, which would benefit modern constructions. And secondly, to encourage countries with traditional systems of architecture to reconsider and re-evaluate earlier methods of construction, techniques directly linked to inhabitants’ culture and lifestyle, instead of importing exogenous architectural models.

The conference proceedings are available online at this link.