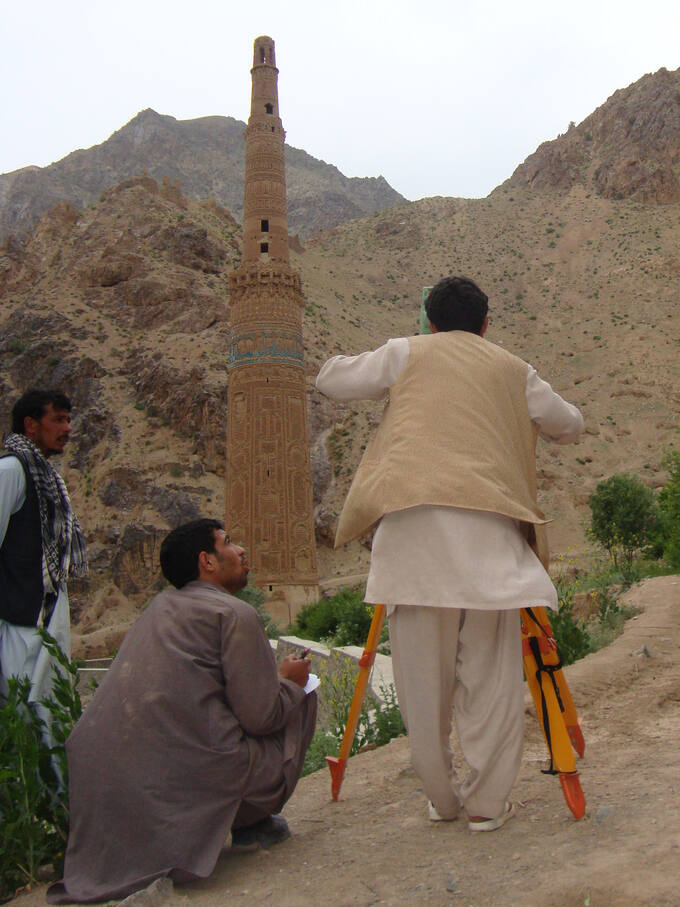 Following the inscription of the Minaret and archaeological remains of Jam in the 'World Heritage List' and the 'List of the World Heritage in Danger' in 2002, the Government of Switzerland has decided to generously fund to the conservation of the Minaret and its archaeological site in the area of Jam, which had been seriously deteriorated because of its state of neglect and the civil war of the country.

In line with the aim of emergency assistance for restoration for the site of Jam, UNESCO has implemented various safeguarding activities. By collaborating with the Afghan Ministry of Information and Culture information since the inception of the project, the following activities have been carried out.

Thanks to the prompt intervention funded by the Government of Switzerland on conservation of the Minaret and the site of Jam, the deterioration of this site has been now considerably stabilized.

In 2010, the World Heritage Centre resumed the on-site activities that are the first field work to the site undertaken by UNESCO since 2006. Through the three-week field mission from April to May in 2010 with the Afghan local NGO, Afghan Land Consulting Organization (ALCO), and the Afghan Ministry of Culture and Information, the World Heritage Centre has productively completed the establishment of a detailed topography of the archaeological remains of Jam. This topography will allow the Afghan government to conduct the better protection for the Minaret and the archaeological remains of Jam in the World Heritage Site.

Add to the above-mentioned topography, the monitoring of inclination of the Minaret of Jam including the training of the Afghan experts was also successfully carried out. On the basis of the recent field survey, the full documentation (including 3D documents) of the Minaret of Jam as well as the assessment for the conservation work to be carried out will be completed.

Also, World Heritage Centre is planning to prepare in 2010 a long-term conservation proposal after having made a thorough assessment on conservation for the Minaret of Jam and its site. For this, some of the activities including the training of the Afghan experts have jointly planned with the Project of the Italian UNESCO/FIT for "the Consolidation of the Site of Jam and Monuments in Herat".